Each year is a chance to add birds to ‘life list’ 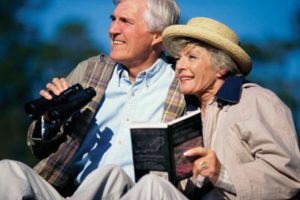 I started 2014 by taking a solo birding trip to Cameron, Arizona on New Year’s Day. One of my goals for 2014 was to participate in a Big Year in the state of Arizona. On Jan. 1, I observed 42 different bird species and added one species to my life list – a rufous-backed robin. My year was off to a great start!

As the year progressed, I added three more species to my life list -long-eared owl in March, prothonotary warbler in May and plain-capped starthroat (a type of hummingbird) in August. Adding four new birds to my life list in one year was a real accomplishment for me.

I wish I could end 2014 the same way I started the year – by going birdwatching – but my wife and I will be out of state visiting our first grandbaby! I guess some things are just more important than birdwatching!

I finished the year with 273 species, a respectable number.

In addition to the new birds I added to my life list, I was fortunate to see several species that I have not seen for many years. Examples of some of these sightings include black and white warbler at Gilbert Water Ranch, northern caracara at Picacho Flats, northern pygmy owl in Oak Creek Canyon, fox sparrow at Granite Basin, northern parula at Fain Park and a northern goshawk in the Huachuca Mountains.

In spite of all of the birds that I did see, I readily admit that there were some gaps in my list – birds that I should have seen, but missed. There is a narrow time window when it is possible to see some of the species that are found in Arizona. Many of the bird species that occur in Arizona only make a brief appearance during the spring and summer months. They are here long enough to breed and rear young, before heading south. If those species are not observed during that brief period of time when they are present, the opportunity to see them for the balance of the year is gone.

There are many species that don’t summer or winter in Arizona, but pass through this part of the country between their winter and their breeding range. These migratory species are referred to as transients. Again, sometimes there is a narrow window of time to observe these species. If they are not observed during that brief timeframe, it is likely they will not be seen the rest of the year.

Some of the species I missed this year that I realistically could have seen at one point or another include cattle egret, Mississippi kite, blue-throated hummingbird, calliope hummingbird, elegant trogon, gray vireo, black-chinned sparrow and evening grosbeak. Oh well, there is always next year!

I have yet to decide what my birding goals are for 2015, but I plan on doing a lot of birding in the coming year. As you think about your own personal goals for the New Year, I would like to invite you to join us on any of the free weekly bird walks that we offer in the quad-city area. For a list of upcoming fieldtrips, go to the Jay’s Bird Barn website and click on the Bird Walks tab.