Winter birds in the Mid-Atlantic region 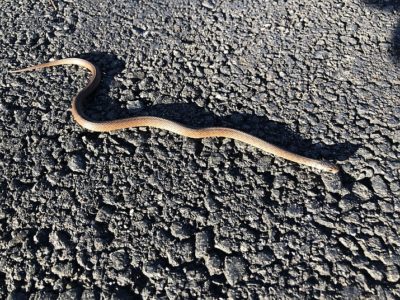 Gayla and I were in Virginia this past week to celebrate Thanksgiving with our son, Jeremy, and his beautiful family. It was just a year ago when I was last here, and it was interesting to compare the variety of birds observed this year compared to last year.

If you have been watching the national news, you have probably heard how this was the coldest Thanksgiving on the east coast in over 100 years. In spite of the frigid conditions, several of us participated in a “turkey bowl” flag football game on Thanksgiving Day.

I do not handle cold weather very well. However, in spite of my dislike for the cold, I managed to go bird watching pretty much every day. For one thing, I find it really difficult to use binoculars when I am wearing large, thick gloves.

I suppose my experience this past week was a good trial run for the Audubon Society Christmas Bird Count that is coming up in about three weeks. My assigned area each year is Granite Basin, and it is usually very cold on the day of the bird count.

Probably my most amazing find while birding wasn’t even a bird. Imagine my absolute surprise as I was walking on a paved trail in the woods when I discovered a very small snake sunning itself on the black pavement! This was the day before Thanksgiving! I was shocked to see a snake in such extreme conditions. I documented this discovery with several pictures, and left the snake alone. Normally I like to catch snakes, but I felt that catching it might stress it out. I couldn’t help but wonder how it was going to make it through the night.

Last year I was in Virginia during the first week of November. The weather was much milder, and the birds seemed more abundant. There were even some lingering insect-eaters present, such as blue-headed vireo and eastern phoebe. This year we were here during the last week of the month, and they have already had snow here. Needless to say, I didn’t see as many insect-eaters this year compared to last.

I find there is not a lot of bird diversity here this time of year. Each day, as I went birding, I would pretty much see the same cast of characters — Carolina wren, Carolina chickadee, downy woodpecker, blue jay, American robin, cedar waxwing, white-throated sparrow and dark-eyed juncos.

As I spent time birding, I couldn’t help but think how similar the habitat here is to where I was in Missouri less than two months ago. Virginia is considered part of the Mid-Atlantic region, and Missouri is classified as being in the Midwest; but the habitat and the variety of birds is actually very similar. Considering the distance between these two regions one wouldn’t expect to see the same birds, but that really is the case.

The majority of the trees here are deciduous, and I have been faked out many times this past week by falling leaves. The movement of the leaves catches my attention and I react by raising my binoculars only to discover it is a ‘leaf bird’. Another distraction is the number of squirrels — they are everywhere! There have been so many times when I have either seen or heard movement either in the trees or down on the ground, and I automatically assume it is a bird when in reality it is yet another squirrel.