Winter birding has its challenges 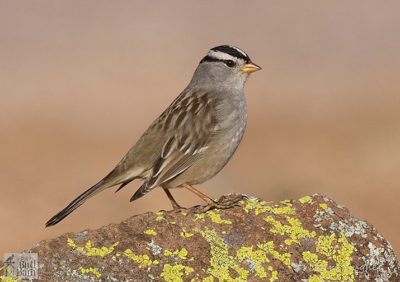 I was in Atlanta last week attending the AmericasMart trade show. I am excited about some of the new products we ordered that will be coming into the stores over the next several months.

Every time I travel, regardless of where I go, I always take my binoculars with me in hopes of squeezing in a small amount of time to do some bird watching—and this trip was no exception.

Early one morning, before the trade show opened, I walked from my hotel to Piedmont Park—a little more than two miles one-way. I spent the next two hours in sheer bliss. I had such a good time and didn’t want to leave, but I had work to do. By the time I got back to the trade show, my fitness app showed I had walked eight miles.

One thing I was grateful for this year was good weather. I do not like to be cold at all, and more than once when I have been in Atlanta, I’ve had to contend with snow, ice, and single-digit temperatures.

The first time I birded Piedmont Park was clear back in 1995. Several years ago, I put into eBird a list of the different bird species I saw on my first visit to the park. It is interesting to look in eBird at my birding records for the state of Georgia and see what birds I have observed there over a period of time covering more than twenty years.

There were many highlights last week, but here are a few that stand out—red -shouldered hawk, yellow-bellied sapsucker, brown creeper, brown-headed nuthatch, golden-crowned kinglet, eastern phoebe, eastern bluebird, brown thrasher, eastern towhee and rusty blackbird. I saw a total of forty species and felt really good about the success I had in finding such a good variety of birds in January.

Now back to Arizona birding. We have received a lot of rain and snow over the last three weeks, which presents a challenge to those who feed wild birds. It has been hard to keep the seed dry. This time of year, I adjust how I feed the birds in two small ways. First, I don’t fill my feeders to the top. Instead, each day I only put a one-day supply of seed into the feeders in order to reduce the likelihood of the seed getting wet.

Secondly, I do more ground feeding. Each day I broadcast seed directly down onto the ground to mimic where birds find seeds in a natural setting. The number of ground-feeding varieties of birds really swells in the Prescott area during winter. While we have Gambel’s quail, mourning dove and spotted towhees year-round, in winter we have a lot of dark-eyed juncos and white-crowned sparrows that actually prefer to feed down on the ground.

I invite you to attend the free monthly membership meeting of the Prescott Audubon society on Thursday, Jan. 24 at 7 p.m., at Trinity Presbyterian Church. Prescott resident Steve Morgan will be performing a Chautauqua, playing the part of Aldo Leopold. Put it on your calendar, as it should be a very enjoyable presentation.

Next week I am off to another trade show—this time in Las Vegas. I was invited by Swarovski Optik to attend their 70th anniversary celebration. I feel honored to be invited, and feel it is a reflection of the relationship Jay’s Bird Barn has with Swarovski Optik.

As I attend birding and nature festivals, the one brand of optics serious birders carry—more than any other brand—is Swarovski. While in Nevada, I plan to do some bird watching, as well. Stay tuned!