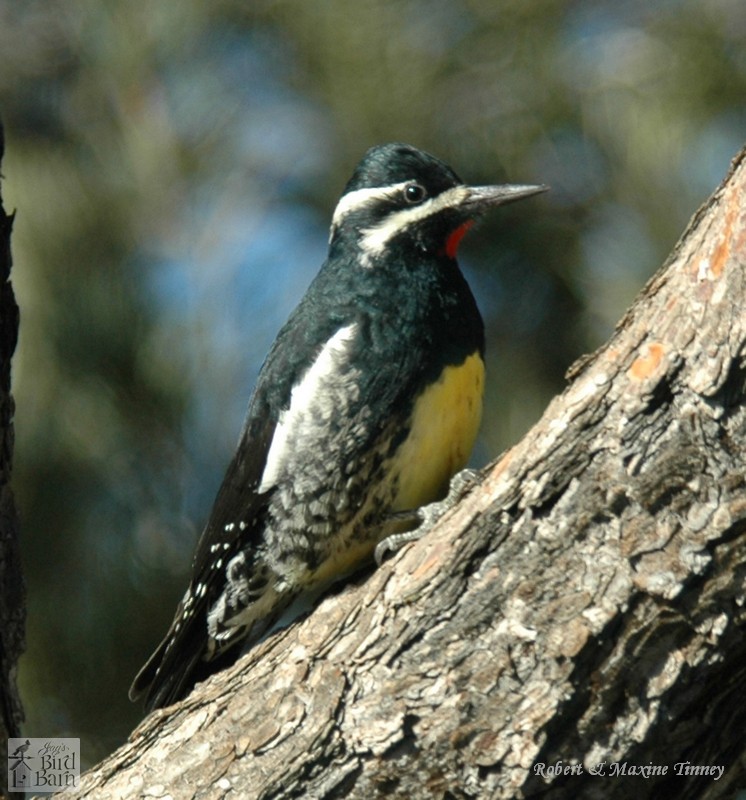 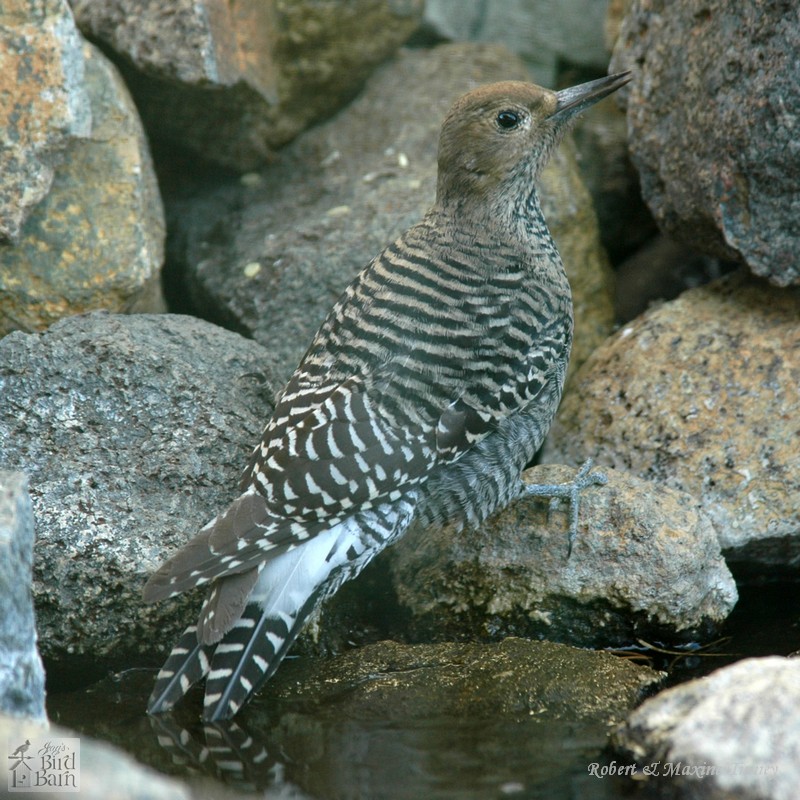 Plumage/Description:  Male plumage is very striking.  Overall mostly black, with distinctive markings including a white line through the eye extending to the nape, and a white line from the base of the beak extending through the cheek area.  Deep red throat patch, black breast, and yellow belly.  Large white wing patch, visible both in flight and at rest.  Solid black back.  Both males and females have a white rump.  Female plumage is very different from male plumage.  Females have an overall brown head, with black and white barring on the back, and barring on the flanks.  Black breast band with a yellow belly.

Behavior:  Like other woodpecker species, Williamson’s Sapsuckers use their beak to exfoliate bark on the trunks of trees, and to create sap wells.  This species is never very common, and when it is present it usually occurs in a ponderosa pine habitat but sometimes will stray into a pinyon/juniper habitat.

Best Sites:  Granite Basin and at the higher elevations in the Bradshaw Mountains, Mingus Mountain