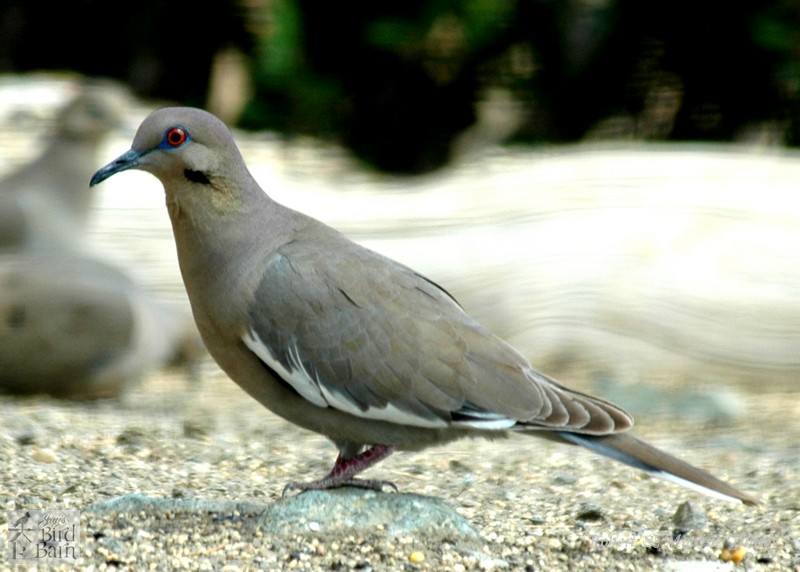 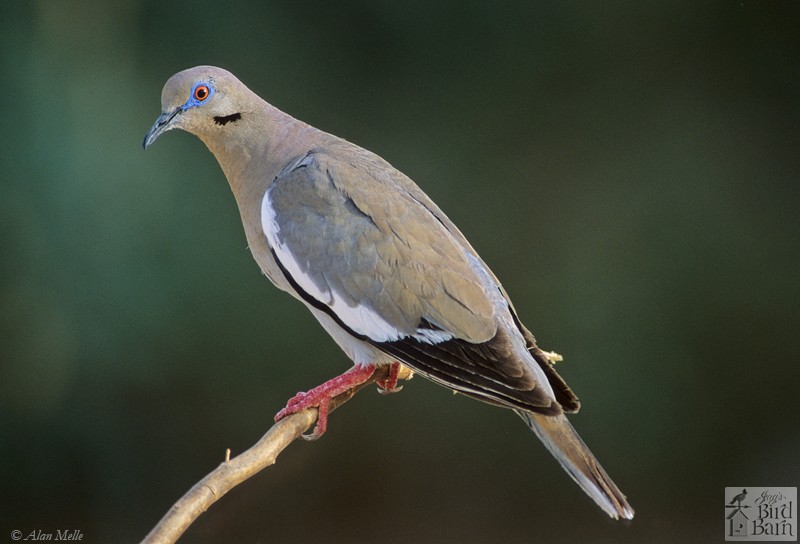 Plumage/Description:  Male and female plumage similar.  A large dove species, larger than Mourning Dove.  In flight large patch of white visible on upper wing, tip of tail outlined with white feathers.  When at rest the entire wing has a white edge which is diagnostic.  Blue orbital ring around red-orange eye is distinctive.

Behavior:  This species was formerly considered a Sonoran Desert bird, but increasingly is becoming more common at high-desert elevations.  Very adaptable, and expanding its range a little more each year.  Can be found in a variety of habitats including residential areas with seed feeders.