Where did the name ‘Jay’s Bird Barn’ come from? 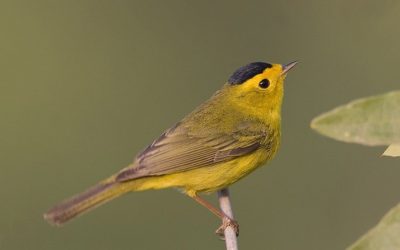 Several years ago, at a speaking engagement, when I was explaining — yet again — the origin of the name of my business, Jay’s Bird Barn, a smart aleck in the audience asked if all of my children had bird names. “Is your daughter named Robin?” he asked.

The name Jay’s Bird Barn, admittedly, has been a challenge. I have had to explain it thousands of times over the last 15 years. The typical question is, “If your name is Eric, then why is your business called Jay’s Bird Barn?”

I get called Jay every day of my life, oftentimes by people I have known in the community for more than 20 years, long before I opened the store. They knew me as Eric for years, but then started calling me Jay after the store opened.

Jay is a family name, and is, of course, a name for a family of birds, as well. My father-in-law’s first name was Jay. Our first-born son, Travis, was given the name Jay as a middle name as a tribute to his deceased grandfather. And there are lots of jays in Arizona — scrub-jays, Steller’s jays, pinyon jays, Mexican jays and even gray jays.

The name was a play on words, and I thought it was kind of clever to incorporate our son’s name and the name of a bird species into the name of the business.

Fast forward 15 years. This past week, our second son, Jeremy — who is married and has two daughters — sent out the following text on a family thread:

“Just read Dad’s column (I wrote an article in The Daily Courier about my birding experiences at the Verde Valley Birding and Nature Festival) with all of the bird species he saw at the Verde. Before Alhy (his wife) reads it and finds out, I thought it was time we let her in on a secret — Alhy, the only names I considered for our girls were warbler names. Sorry, but it is true.”

Continuing, Jeremy wrote, “From Dad’s article in the paper: ‘Saturday morning, as we walked the Greenway Trail, we saw ten species of warblers — Lucy’s, yellow, Virginia, black-throated gray, orange-crowned, Wilson’s, yellow-rumped, MacGillivray’s, common yellowthroat and yellow breasted chat.’ I do like Wilson and MacGillivray as boy’s names, but we better hope we don’t have any more girls! Not sure if they’d ever forgive us if we named them Yellow-Rumped or Yellow-Breasted.”

It is true, each of Jeremy and Alhy’s daughters share the same name as a warbler species — Lucy and Virginia. But, there is no truth to his silliness of only considering warbler names for his girls, any more than that all of my children have bird names!

Ironically, as this email thread was getting a lot of comments this past week, guess what I was seeing in my yard? Yep, both Wilson’s and MacGillivray’s warblers! This year’s spring migration has been fabulous! In addition to these two warbler species, I have had a warbling vireo in my yard along with a broad-tailed hummingbird, black-headed grosbeaks, lazuli buntings and at least one green-tailed towhee.

Based on emails and in-store reports from customers, a lot of folks are seeing orioles, tanagers and blue grosbeaks, as well. Last week, one customer from Young, Arizona, shared with me that she is going through two 2-lb. jars of grape jelly per day, feeding the tanagers, orioles and grosbeaks.

As residents of the Central Highlands area of Arizona, we are blessed to live in a part of the country with such a diversity of bird species to enrich and beautify our lives.

Eric Moore is the owner of Jay’s Bird Barn, with three locations in northern Arizona — Prescott, Sedona and Flagstaff. He has been an avid birder for more than 50 years. Email your questions about wild birds to eric@jaysbirdbarn.com.