When you can’t bird-watch, try bird-listening 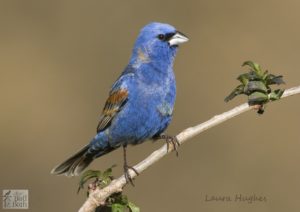 Last Saturday I led a bird walk sponsored by the Highlands Center for Natural History as part of its third annual Birding Spree. The bird walk was in the National Forest at the White Spar Campground just off Highway 89.

Whenever I lead a bird walk, I like to scout out the walk a few days in advance to get a feel for what birds are in the area. My reconnaissance earlier in the week was productive and provided me with encouragement that Saturday’s walk would be successful.

However, Saturday morning was a little breezy, which is pretty much how our weather has been for the past two months. Perhaps due to the windy conditions, the birds weren’t quite as active as they had been a few days earlier. When it is windy, birds tend to hunker down.
Since the birds were not too cooperative, I had to rely on my listening skills to try to find them. For the day, I think we ended up hearing a lot more birds than we actually saw. At one point I heard a beautiful bird song high up in a Ponderosa Pine tree. I recognized it immediately as a blue grosbeak. We were able to locate it, and most of the participants got good looks at an absolutely stunning male.

A little further down the trail I was picking up the faint sounds of a painted redstart (a type of warbler) singing in the distance. As a group, we gradually made our way toward the sound until we were directly under the tree where the warbler was singing. In spite of hearing it so clearly, it was difficult to locate. We were finally rewarded with some pretty good looks of this beautiful bird high up in the canopy of a Ponderosa Pine.

Have you ever heard of warbler neck? It is a condition caused when trying to observe warblers that are directly overhead up in the tops of the trees. It is very difficult to look through binoculars in this position for any length of time without suffering great strain on the neck. The painted redstart was certainly causing all of us to suffer from warbler neck syndrome.

The blue grosbeak and the painted redstart were probably the best birds for our day, but we also got good looks at spotted towhee, pine siskin, bridled titmouse and acorn and hairy woodpeckers. Some of our observations were just fly-bys, such as red-tailed hawk, mourning dove, and three male brown-headed cowbirds in hot pursuit of a female!

I mentioned in one of my columns a few weeks ago that we have been seeing Swainson’s hawks on a regular basis right here at the store on Willow Creek Road. This has been puzzling as this area is not considered Swainson’s hawk habitat. After several weeks of daily sightings, I began to speculate that perhaps we were seeing a pair that was actually staying in the area and not just passing through.
My speculation was confirmed this weekend when I discovered a pair of Swainson’s hawks in a nest a few streets away from the store. Nesting in an urban environment with lots of buildings, traffic, congestion, noise and people is unusual for this species as they typically nest in a grassland habitat. This is a significant discovery. I called and reported my observation to Dr. Carl Tomoff, who is the author of the “Birds of Prescott, Arizona Checklist.” This is the first documented occurrence of Swainson’s hawks nesting in Prescott!