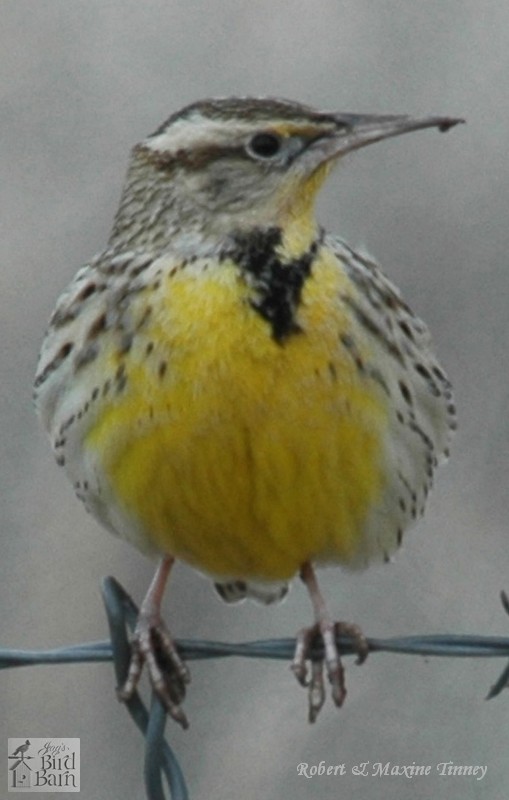 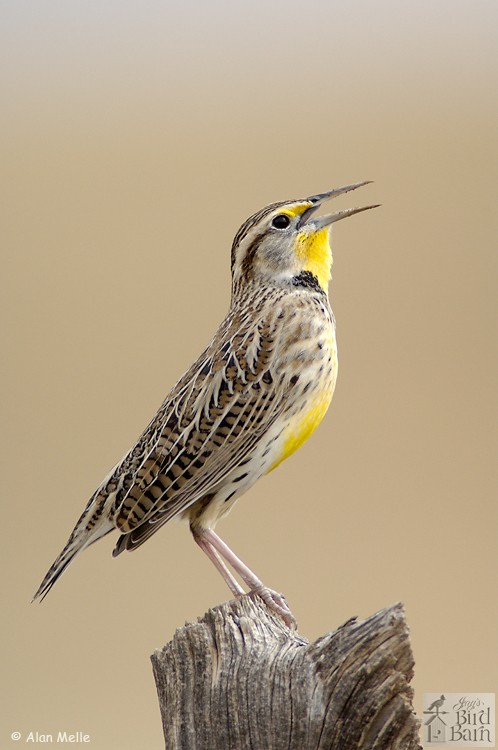 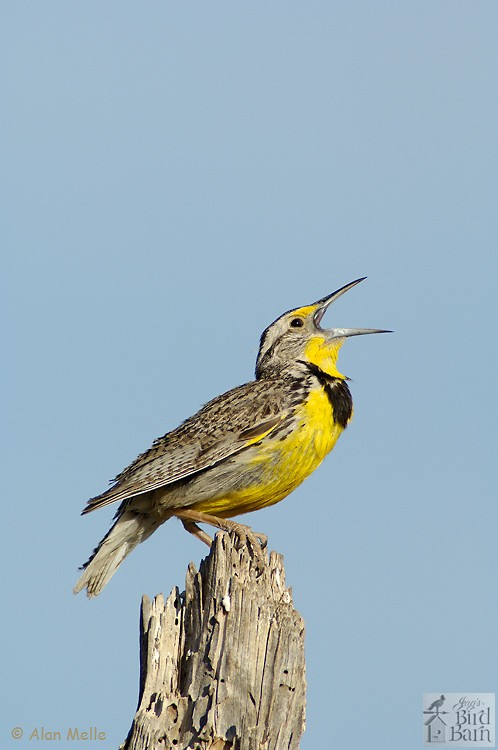 Plumage/Description:  Male and female plumage similar.  Cryptically colored on back, wings and tail so they blend in with a weedy-grassy habitat.  Bright yellow throat and belly with a prominent black-v on the breast.  Creamy eye-stripe, and yellow lores.  White outer tail feathers visible when in flight.

Behavior:  Western Meadowlarks are known for their beautiful song, which is often sung from an elevated, open perch.  Meadowlarks are ground gleaners, and will often hunker down until you get very close to them before they fly up from the grasses.  In winter a slight shift in behavior brings them into residential areas where they will visit backyard bird feeding stations, preferring white-proso millet.  During breeding season meadowlarks disperse and leave residential areas, preferring native grassland habitat.  They nest directly on the ground—building a well hidden nest under clumps of native grasses.