The week in review – birding in southern Arizona 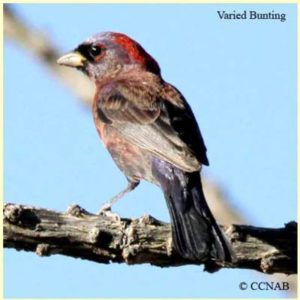 This past week, Ryan, my Prescott store manager, and I were in Southern Arizona participating in the Southwest Wings Birding and Nature Festival in Sierra Vista. As we drove down, we made several birdwatching stops along the way including Sweetwater ponds in Tucson, Madera Canyon in the Santa Rita Mountains, the world-famous Patagonia roadside rest stop on State Route 82, and the Paton house in Patagonia.

The birding was fantastic – which was not surprising. Southeastern Arizona is considered by most serious birders to be one of the top 10 birdwatching destinations in the entire United States. Ryan and I made this same trip last year and logged 118 species. Would we be able to beat last year?

Our purpose in attending the festival each year is to have a vendor booth focusing on optics sales. In addition, this year I taught a class on optics. However, before and after the vendor hours each day we spent every possible minute bird watching.

Thursday morning we birded for several hours at the San Pedro Riparian National Conservation Area. If you are a serious birder, this location is a must when it comes to finding Arizona specialty birds. We were fortunate to get great looks at scaled quail, yellow-billed cuckoo and a male varied bunting.

Saturday morning we left the hotel just after 5 a.m. and drove up Carr Canyon road to the top of the Huachuca Mountains. Highlights included yellow-eyed junco, eastern bluebird, olive warbler, Grace’s warbler and buff-breasted flycatcher. For me, finding the buff-breasted flycatcher was a real thrill. Even though it was not a life bird for me, I had not seen this species for more than 41 years.

When I got home, I dug out my old hand-written records where I recorded bird sightings when I was a young birder seeing “new” birds for the first time. The first and only other time in my life to see this species was on April 20, 1974, in Sawmill Canyon

in the Huachuca Mountains.

Our after-work bird watching outings included Miller Canyon in the Huachuca Mountains, Escapule Wash and the Environmental Operations Park. Literally, when we weren’t working, we were birding, and truthfully, even when we were working, we were birding! If there wasn’t much foot traffic at our booth one of us would slip away and go birding in an area next to the festival where we saw a great mix of birds including rufous-winged sparrows, pyrrhuloxia and vermilion flycatchers. I even saw a northern beardless-tyrannulet in this area (in case you were wondering, no I did not make up this name, it is an actual species).

So how did we end up in our quest to top last years’ numbers? We did it! Our count for the four days was 129 species – not bad considering we were working most of the time. Ironically, like all bird-watching outings, we missed some really basic birds that we should have seen, such as Cooper’s hawk. It was astonishing that we never saw a Cooper’s hawk and yet we saw gray hawks, zone-tailed hawks, and Swainson’s hawks.

If you are interested in seeing a lot of great bird species I highly recommend attending the Southwest Wings Birding Festival in Sierra Vista in August of 2016.