Trip to Southeastern Arizona can expand your birding horizons 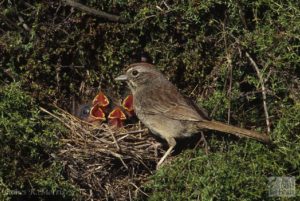 On Tuesday, I worked at my Sedona store and decided to eat my lunch outside. At one point, I saw a large bird flying really high – so high that with the naked eye I couldn’t tell what it was. I ran into the store and grabbed a pair of Swarovski binoculars and ran back outside. With the binoculars, I could see that it was an adult bald eagle! It just goes to show that you never know what you might see, even when you are sitting in the parking lot of a busy shopping center.

This year I have been working on the 2012 Centennial Birding Challenge. Part of the challenge is to go birding in as many counties in the state of Arizona as possible. Over the Thanksgiving weekend, I visited four counties that I hadn’t birded in this year – Pinal, Pima, Santa Cruz and Cochise.

I began my birding Friday morning in Florida Canyon in the Santa Rita Mountains south of Tucson. It was here that I saw a pair of Rufous-capped warblers – what a great find! Leaving Florida Canyon, I made my way over to Madera Canyon where I added Mexican jay, yellow-eyed Junco and Arizona woodpecker to my 2012 state list.

From there, I visited the Green Valley wastewater treatment plant. I specifically went there because earlier in the week there was a report of a Eurasian wigeon. There were hundreds of ducks on the ponds, and trying to find just one specific bird was very challenging. I did not see the wigeon.

My next stop was Pena Blanca Lake. I went there because of a report of a Least Grebe. I didn’t see it, either, but I did add several new birds to my trip-list. Continuing on, I went to Nogales where I saw probably between 50 to 75 black vultures, a new species for my 2012 state list.

I arrived at Patagonia Lake mid-afternoon where I added osprey, belted kingfisher and marsh wren. I then went to Patagonia and did some birding at the Paton’s property, which is adjacent to the Nature Conservancy. There wasn’t much bird activity as it was almost 5 p.m. and the sun was setting.

On Saturday, my first stop was the wastewater treatment plant for the city of Sierra Vista. I added loggerhead shrike and lark bunting to my list before heading to the San Pedro House at the San Pedro National Conservation Area. The birding was amazing – there were literally hundreds of birds. Some of the species I observed included green-tailed towhee, pyrrhuloxia, inca and white-winged dove, roadrunner and red-winged blackbirds.

From there, I went through Bisbee en route to White Water Draw, a property owned and managed by Arizona Game and Fish Department. It was here that I saw thousands and thousands of Sandhill Cranes. I then spent several hours driving on little-traveled roads looking for birds of prey and new birds for my state list.

Late in the day, I drove from Willcox to Tucson, to visit the Sweetwater wastewater treatment plant. A groove-billed Ani had been seen here earlier in the week. I didn’t arrive until after 5 p.m. – not an ideal time for bird-watching. I didn’t see the Ani, but I did add three more species to my trip list before it got so dark that I had to call it a day.