Transient species are on the move — is that redundant? 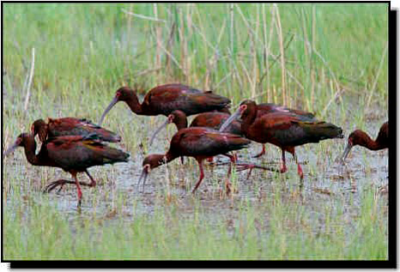 As fall approaches, it is only a matter of weeks before some of our winter residents begin showing up — white-crowned sparrows, dark-eyed juncos, and yellow-rumped warblers. That is hard to believe, since it was in the 90s earlier this week.

Already some of our summer birds have “flown the coop.” Bullock’s, Scott’s, and hooded orioles are gone; black-headed and blue grosbeaks are starting to leave. Our crush of hummingbirds will soon slow down to a trickle.

The question is what will happen to our lesser goldfinch numbers? This is always a tricky species to predict. How many will stay, how many will leave, and when? A crystal ball might be helpful. In my opinion this has been one of the best lesser goldfinch years in a long time. I continue to fill my feeder every day, as it is swarmed with finches all day long.

While I often talk about summer residents or winter residents, there is another population of bird species that is a dynamic part of our overall bird population, even if they are just passing through.

Bird species going north in the spring and south in the fall, but not stopping to breed here in summer or winter-over are referred to as transient species.

A large number of these transient species are not birds you will see in your backyard. Rather, they are water-dependent species, migrating from one body of water to another as they migrate over the interior western United States. Some of these species breed as far north as the Arctic Circle, and are now beginning to show up as they move southward.

On Tuesday of this week, I was working at the Sedona store when we got word that Baird’s and a semipalmated sandpiper were spotted at the Sedona Wetlands (aka, wastewater treatment plant).

One thing about serious birders — we tend to be spontaneous and ready for action when the opportunity presents itself. Since I was at the store and had access to excellent optics, the store manager, Dena, and I grabbed some gear — a spotting scope and some Swarovski binoculars—and made a quick dash out to the wetlands.

Not surprising, other birders were on-sight — a common occurrence when rare birds are sighted. We made our way down to the observation deck and were able to quickly get the scope on some Baird’s sandpipers. The semipalmated sandpiper was not so easy to identify. It is small, and similar in appearance to two other more common sandpiper species — western and least.

In spite of having great gear, we walked away without confirming whether we were looking at a semipalmated, a western, or a least sandpiper. It was just too far away to be sure, and we didn’t want to be sloppy or casual in our identification. Better to be conservative than wrong.

There is a certain ethics when it comes to bird watching. Your reputation as a birder hangs on your identification skills. No one wants to be known as someone who misidentifies birds. Better to err on the side of not knowing than making a fool out of oneself.

The lakes in Prescott are where the serious birding action will be occurring over the next several weeks. Already this week, I have seen a flock of white-faced ibis, one of our transient species, passing through.