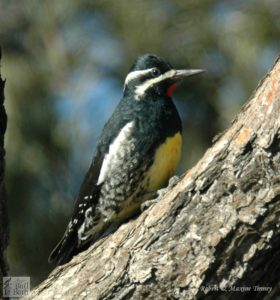 When we celebrated Jay’s Bird Barn’s seven-year anniversary this past October, we invited Rick Taylor to do a book signing for his recently published book on Arizona birds. Rick lives in Tucson and owns and operates a birding tour company called Borderland Tours. He leads birding trips to destinations in Arizona and throughout the world, including such places as Belize, Costa Rica, Australia, South Africa and Brazil.

Rick leads a trip to Brazil every other year in September, and it just so happens that this is the year! The trip is titled “Brazil – Of Harpy Eagles & Jaguars,” and runs from Sept. 1-15, with an option for a five-day extension to Argentina.

While in South Africa, I wrote five columns detailing some of the amazing encounters I had with the birds, animals and people there. The feedback I received from those columns was overwhelming. Among the many comments I heard was the sentiment from friends and customers that they wished they had been with me for my adventures in Botswana, South Africa and Lesotho.

Because of that feedback, I want to extend an invitation to you to join me on my Brazil trip. Group size is limited to 14 participants. This will be my first experience traveling to South America, and I am looking forward to going with Rick. He has been leading guided bird trips for more than 30 years!

When Rick guided this trip in 2009, they saw 423 species of birds – that is over 100 species more than I saw on my Africa trip! Brazil has the third-highest number of bird species in the world, and it also has more endemic bird species than any other country in the world.

Looking over the bird and mammal checklist, I find it very exciting to contemplate actually being there and seeing a bird as amazing as a harpy eagle, or a mammal as magnificent as a jaguar. If you want to go birding with me, here is your opportunity. Check out Rick’s website at www.borderland-tours.com. In addition to going online, I invite you to stop by the store, as I have the complete trip packet that I can copy for you.

In his “Checklist to the Birds of Brazil,” Rick writes, “Encompassing an area of over 3,285,618 square miles – nearly half of the South American continent and an area larger than the conterminous United States – Brazil has a bird list of 1,671 species, or about twice as many birds as found in all of North America.”

Most of the trip will be spent in the Pantanal region located in southern Brazil on the border with Bolivia and Paraguay. The Pantanal is the world’s largest wetland, covering some 90,000 square miles, an area larger than all of France. There are more than 600 species of birds in this region.

The cost of the trip includes all accommodations, meals, and transportation beginning in Rio de Janeiro and ending in Sao Paulo, Brazil. Give Borderland Tours a call at 800-525-7753. Let’s go birding together, and you can experience being in Brazil with me instead of reading about it in my column