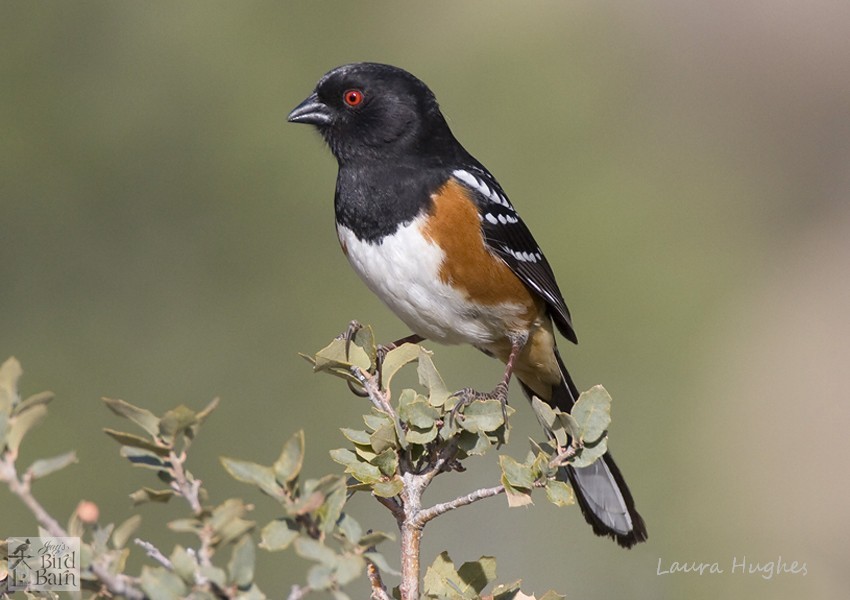 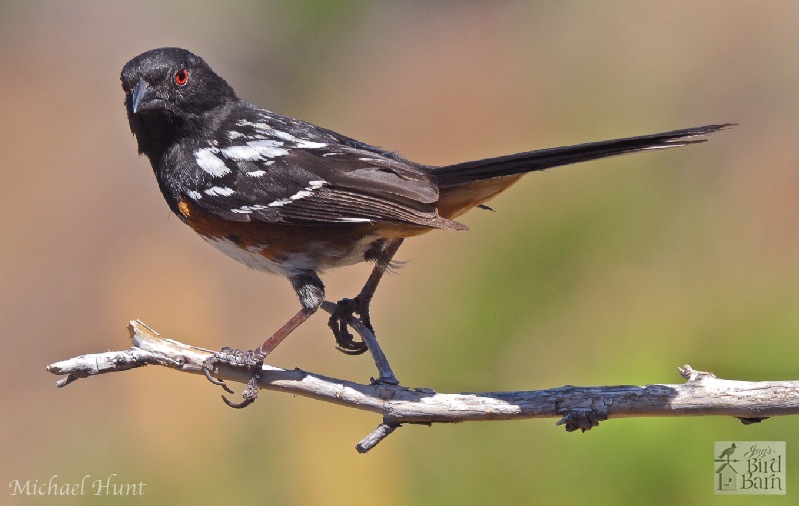 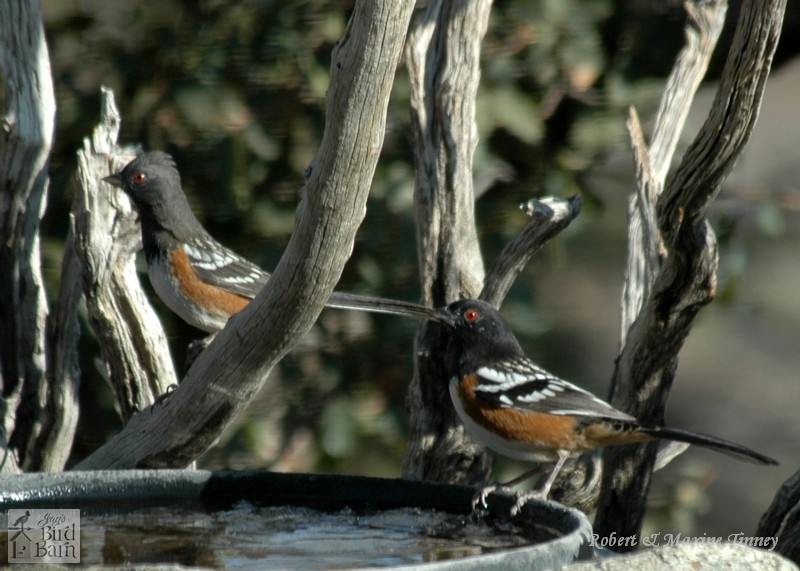 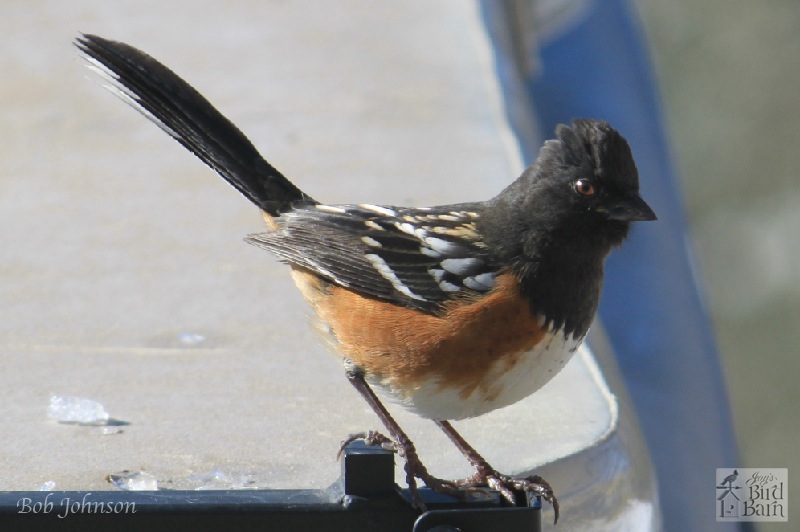 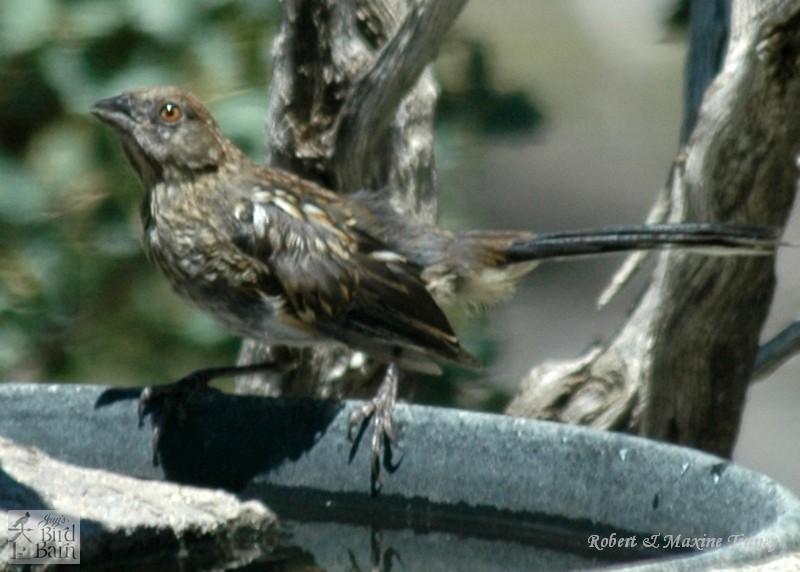 Plumage/Description:  Males have a solid black head and the black extends down to the breast and back.  The back and wings are black and are heavily spotted with white.  The flanks are an almost robin-colored rufous, with a white belly.  Long black tail with white outer edges visible in flight.  Females have all of the same markings, they are just muted, the black is more gray, etc.  Juveniles are heavily streaked on the breast and belly and lack the spotting in the wings and back, and lack the rufous flanks.

Behavior:  One of the most abundant backyard bird species in the Central Highlands of Arizona.  During breeding season males often do battle with their own reflection in windows, causing homeowners to worry about the safety of the bird.  Inexperienced birders often confuse Spotted Towhees with Black-headed Grosbeaks and orioles. Towhees have several distinctive behaviors that help identify them including being a ground feeder (they prefer white-proso millet), they hop, and they use a two-footed scratching motion when foraging for food.