In search of a rare kite 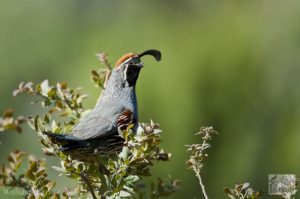 Two weeks ago, I received a phone call from a couple who live in Dewey/Humboldt. At the very moment they were talking to me on the phone, they were looking out the window at a White-tailed Kite in their backyard!

What an amazing find as this is a species that does not typically occur in the Central Highlands area of Arizona. In Dr. Carl Tomoff’s ‘Birds of Prescott, Arizona’ checklist, White-tailed Kites are listed as an ‘accidental’ species-meaning there have been five or fewer sightings of this species since 1974!

Two weeks passed without any additional sightings until this past weekend when presumably the same kite was re-discovered just inside the entrance to the Quailwood subdivision in Dewey.

This is a species that I did not have on my 2012 state list, so I was very anxious to see this particular bird and add it to my list. On Tuesday of this week as I was driving over to Sedona to work at the store, I made a quick ‘birding’ detour. I turned off Highway 69 onto East Bradshaw Mountain Road and parked just east of the bridge spanning the Agua Fria River.

I walked to the middle of the bridge and started scanning the area south of the bridge-first with the naked eye, and then with my binoculars. I found a female Northern Harrier, lots of Horned Larks, White-crowned Sparrows, Gambel’s Quail, Mourning Doves and Say’s Phoebe-but no kite.

I then switched my attention to the area north of the bridge and within just a few minutes I located the kite perched on a Desert Willow Tree probably three or four hundred yards north of where I was standing. Thank heavens for good binoculars!

I was happy that I located the bird, but at the same time, I was unsatisfied with seeing it from such a great distance. I set out at a brisk pace to get a closer look. After several minutes of weaving my way through a maze of weeds and jumping over the Agua Fria River, I closed the gap between me and the kite.

I purposely did not get too close as I didn’t want to scare it and make it fly. After getting a great look, I made my way back to the car. By the time I arrived at the car the kite had taken to the sky and was doing what it is best known for-kiting.

Kiting is a behavior observed in a variety of bird species-particularly in birds of prey. The word ‘kiting’ is synonymous with hovering in place. I watched the kite as it ‘hovered’ for brief periods of time over and over again. When kiting is observed, you can be assured that birds exhibiting this behavior are actively hunting for prey.

I never did see it catch anything, but the fact that this bird has been in the same general area for two weeks is an indication that it must be finding enough food. Mission accomplished, I headed to the Sedona store-I now had bird number 219 for the year.

We have four free bird walks scheduled in the month of November to a variety of locations, including Watson Lake and Willow Lake. If you are interested in going on a free guided bird walk, give the store a call at 443-5900 to sign up for a future field trip. Group size is limited to twelve individuals, so don’t wait.