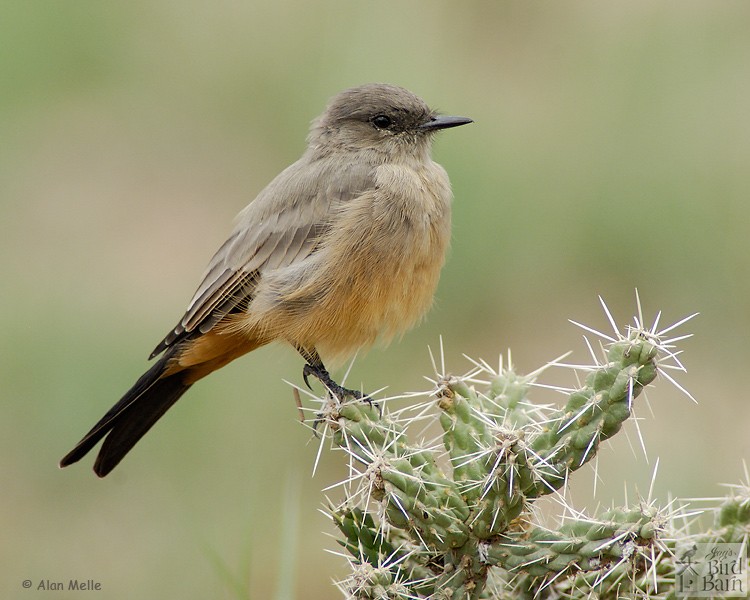 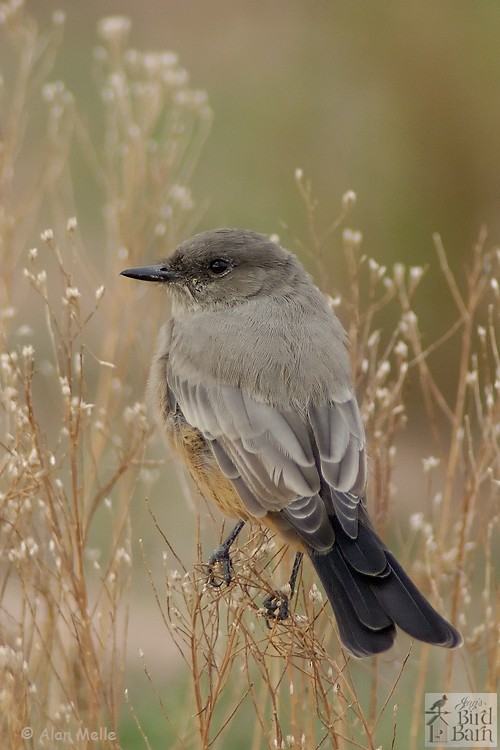 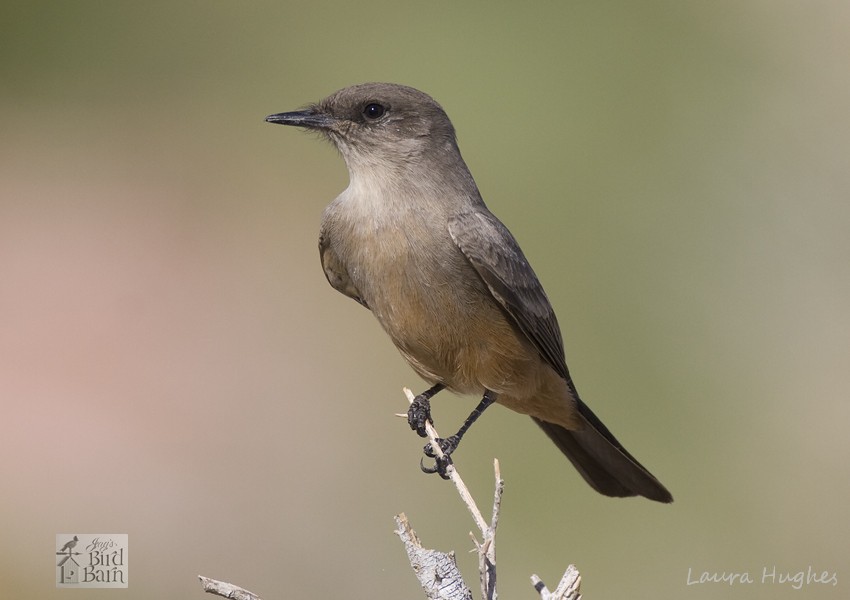 Plumage/Description:  Male and female plumage similar.  A very plain, non-descript bird.  Breast, head, back and wings are a pale gray color, tail by contrast is black.  Color on the belly and under-tail coverts ranges from a dull yellow to a richer, deeper salmon color.  At times it appears that this species has a crest.  Most birds have the ability to raise and lower the feathers on the crown of their head, giving them a ‘crested’ appearance at times.

Behavior:  Our only year-round flycatcher species.  Patiently sits on an open, exposed perch waiting for a tempting insect to go flying by.  Flies out and catches the insect in flight, and returns to an open, exposed perch to wait for the next insect to go by.  Common around horse property due to the number of flying insects.  Frequently nests in covered entryways, patios and porches, or in sheds or barns, often on a light fixture.