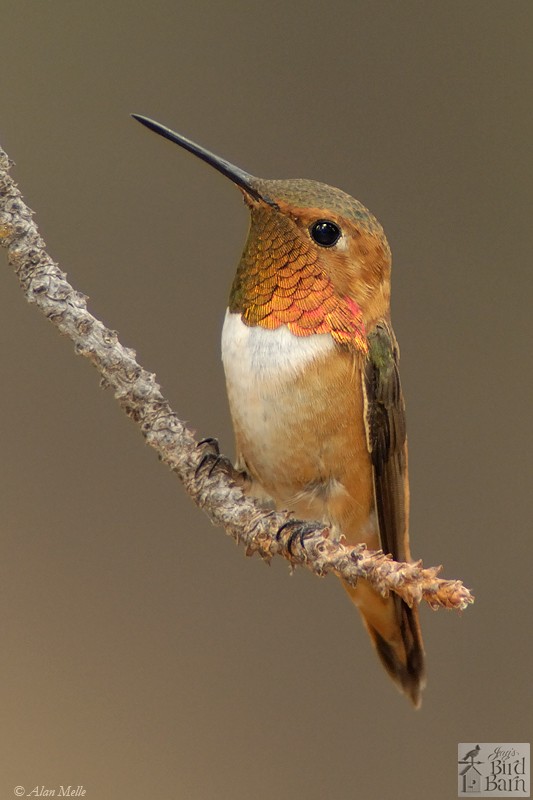 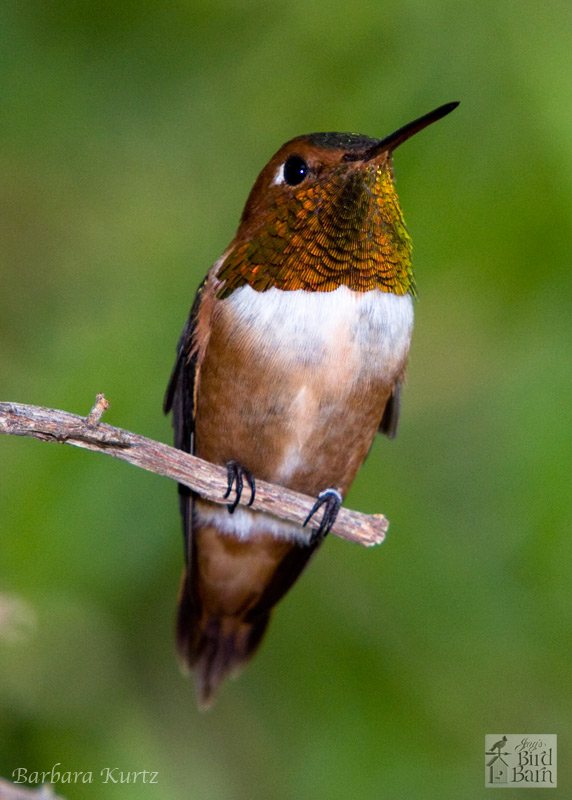 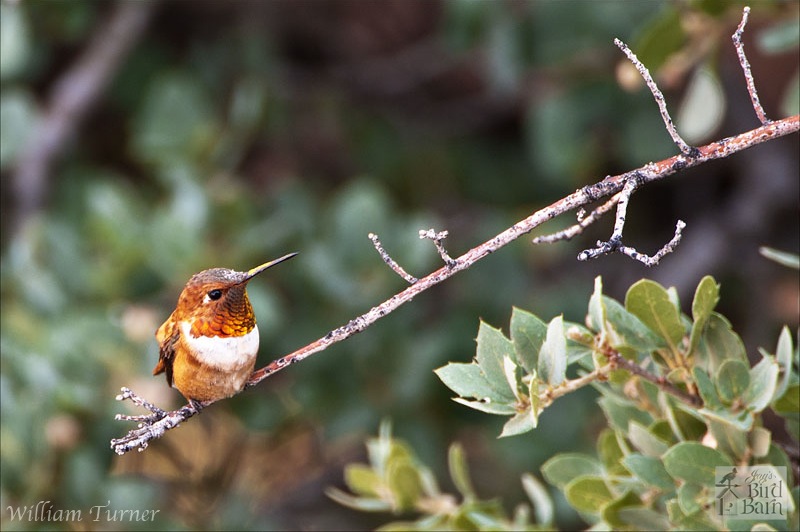 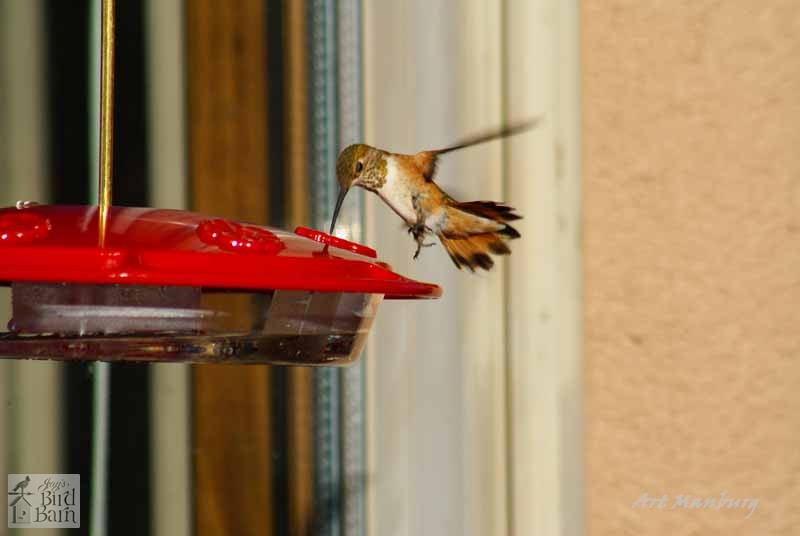 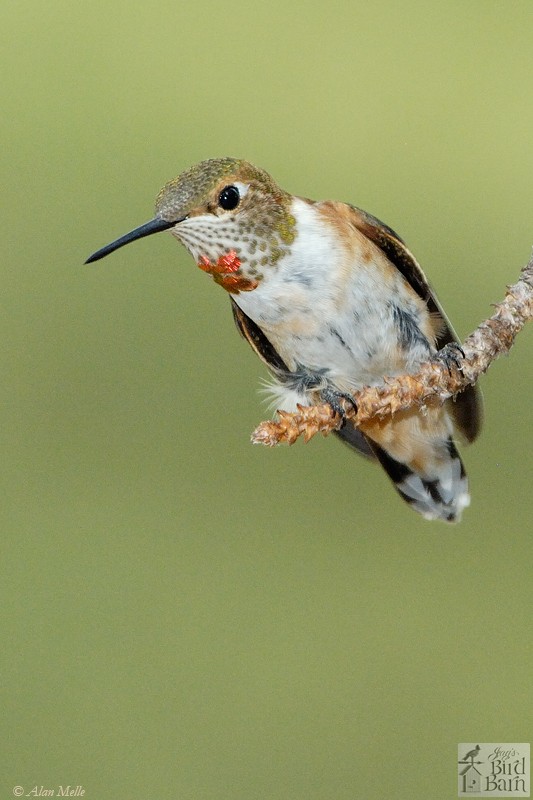 Plumage/Description:  Males are distinctive and unmistakable—a deep rufous-burnt orange color.  Gorget is a deep orange color when viewed in good light.  Some males have a green back, but most appear orange in color.  Females have a green head and back, dark wings.  Flanks are a dull buffy-orange color, and throat is flecked with orange feathers.

Behavior:   Rufous hummingbirds pass through the Central Highlands area of Arizona very quickly in the spring as they migrate to their breeding range in North America.  After they are done breeding at the higher latitudes males begin to move south, showing up in the Central Highlands in July, followed a few weeks later by females and juveniles as they migrate south.  Very aggressive and very territorial.  Vigorously defend hummingbird feeders, chasing away all other hummingbirds that would drink at the feeders.

Similar species:  Allen’s Hummingbird, which is not found in Central Arizona, and other hummingbird species.

Best Sites:  Lynx Lake Café  off of Walker Road, and The Mill restaurant in Crown King where they have hummingbird feeders hanging up.