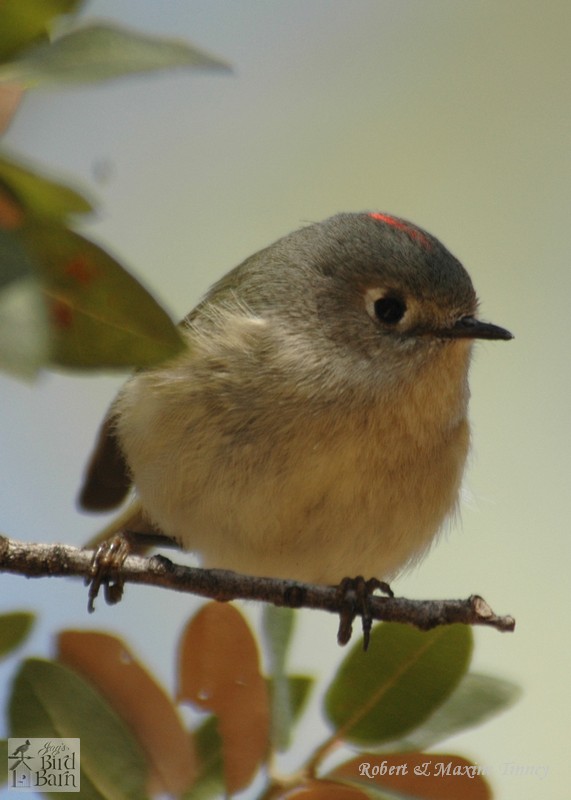 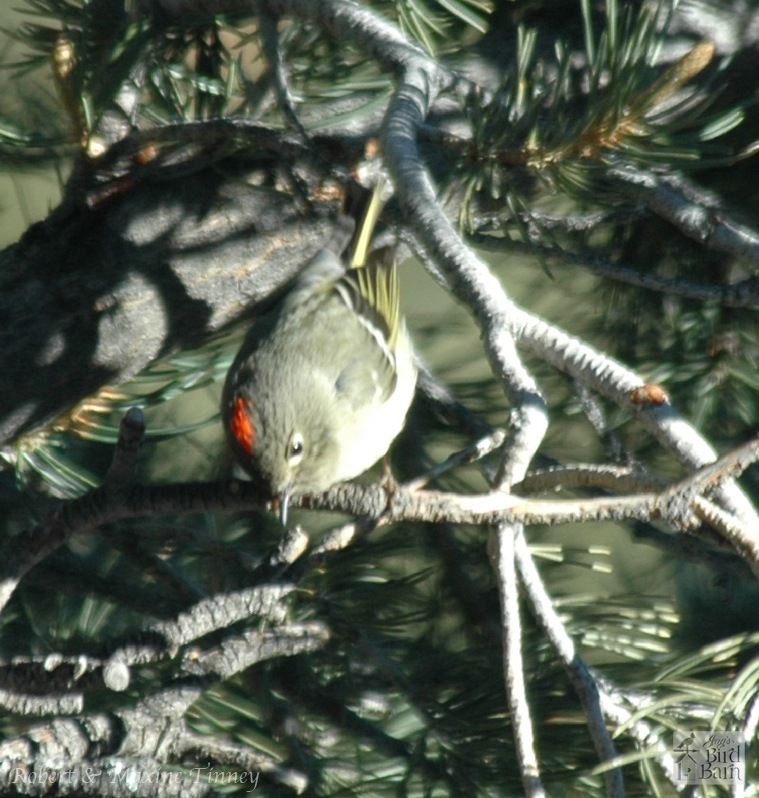 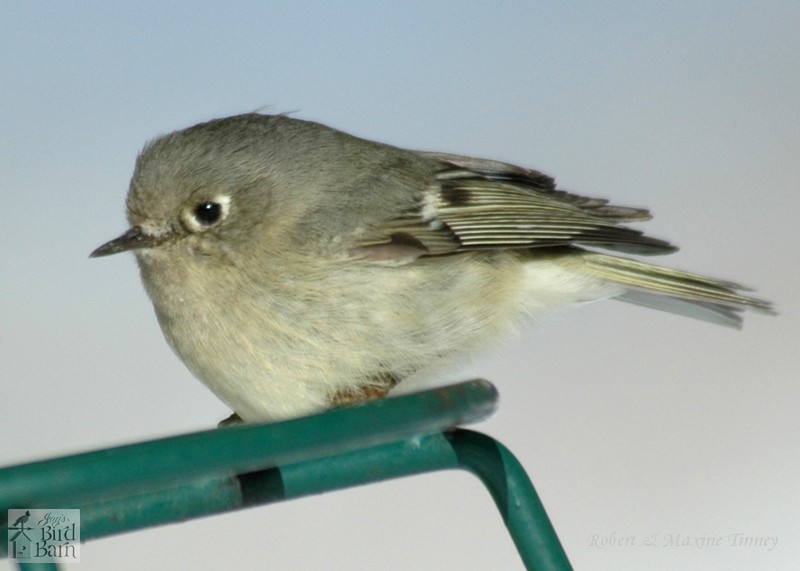 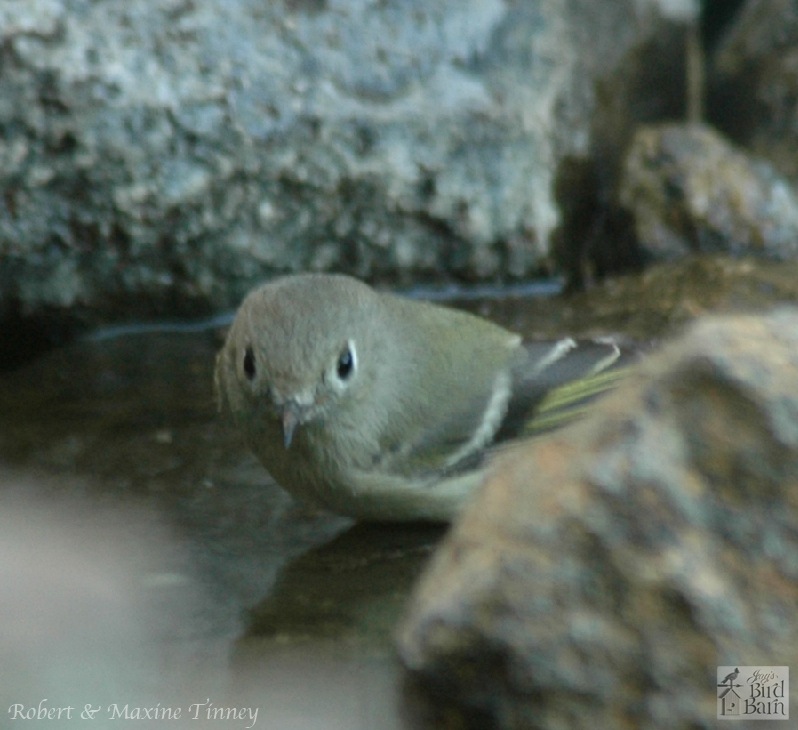 Plumage/Description:  Male and female plumage similar except males have a patch of red feathers on the crown of the head which they display when agitated, or when they are defending a territory.  Overall a gray, olive-green bird with distinctive wing bars. Beak structure is smaller, and straight, differing from vireo beak structure.

Behavior:  Arrives in the Prescott area near the end of September, and in early October.  Leaves the Prescott area in March and April.  A very active species, rarely sits still for very long.  Has the unique behavior of constantly flicking its wings and tail feathers, like a nervous twitch.  A foliage gleaner, moves through trees and shrubs in search of insects, insect eggs, larvae.  Frequently ‘hovers’ for brief periods of time as it gleans food from the underside of leaves. When agitated, males will flair the red feathers on the crown of their head which is a diagnostic identification when you see the red on the crown.  In winter will travel with mixed flocks with other small songbirds such as titmice, bushtits, chickadees, nuthatches, etc.  Loves to eat suet at suet feeders.