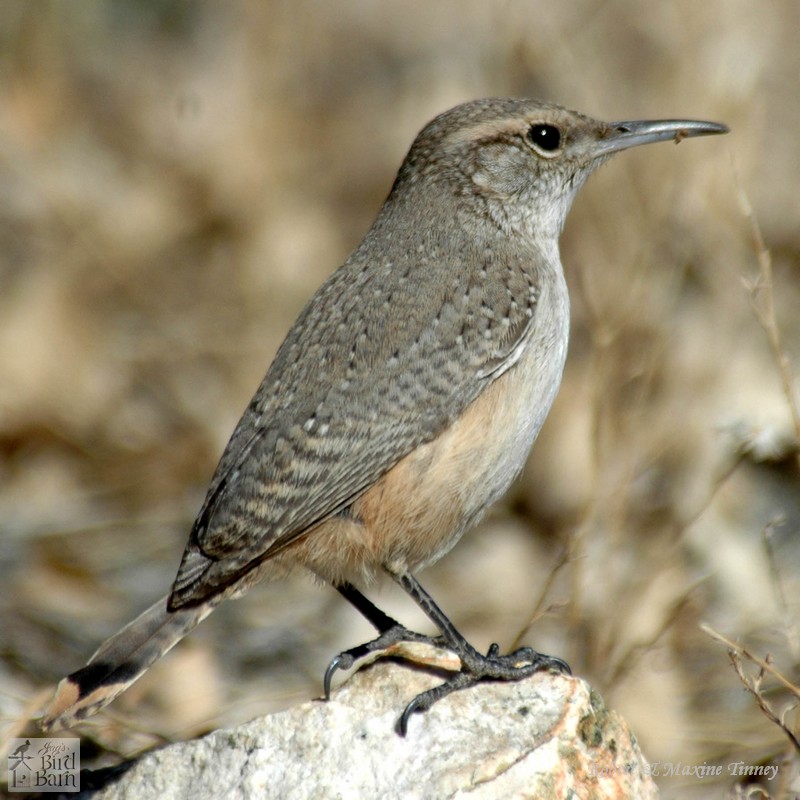 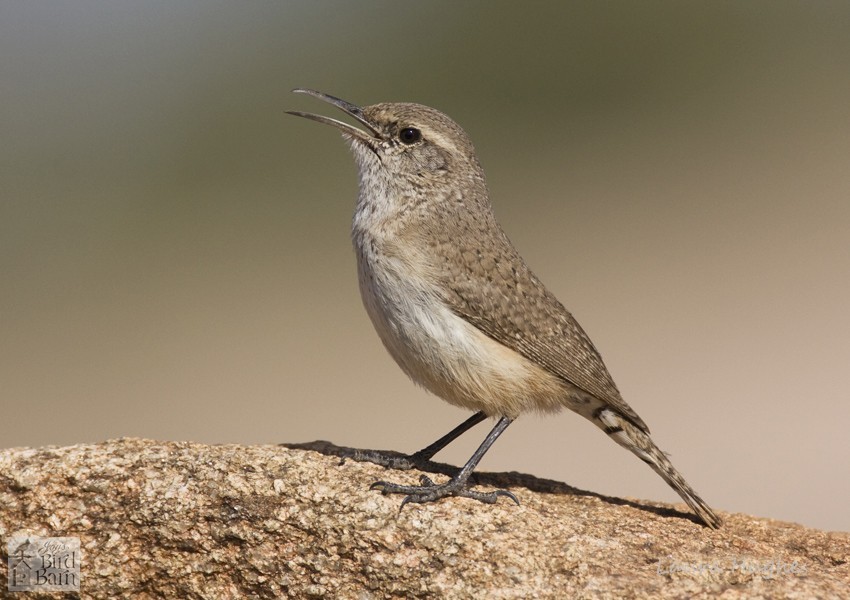 Plumage/Description:  Male and female plumage similar.  A small overall gray bird with a fairly long, slightly curved beak.  Well camouflaged to blend in with a rocky habitat.  Darker gray on top, lighter gray on underside, with a faint eye-stripe.  Barring on the under-tail covert and tail feathers.  Belly and edges of tail feathers have a buffy, creamy wash of color.

Behavior:  Rock Wrens prefer areas with an extensive amount of rock—including residential areas which have been landscaped with decorative, non-native rocks.  One unique behavior is the deep-knee bends which gives it a ‘bobbing’ appearance.  Very vocal, like most wrens calls and sings frequently.  Usually seen in pairs.  Actively forages for insects, using their long, thin beak to probe in cracks and crevices.