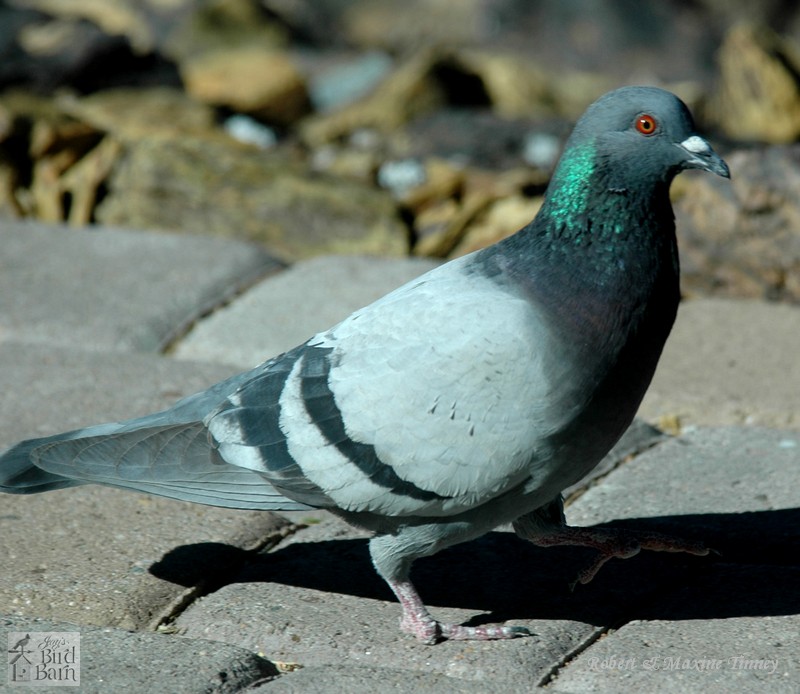 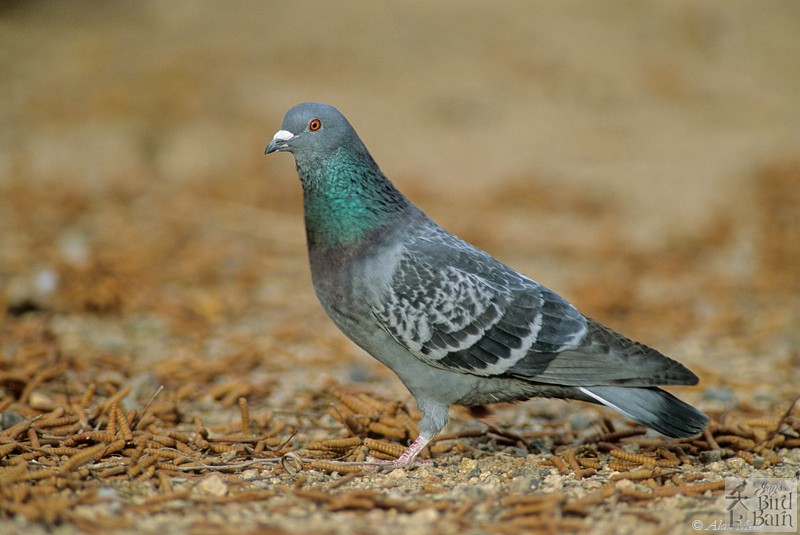 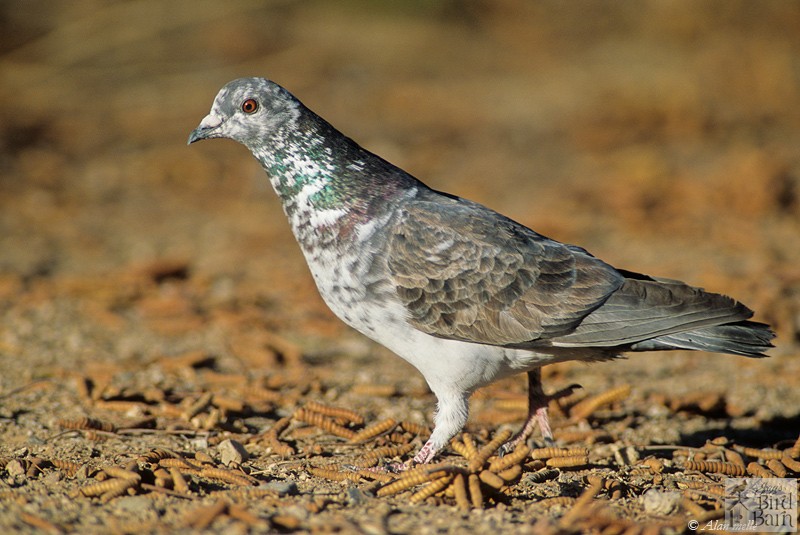 Plumage/Description:  Male and female plumage is similar, but highly variable.  While many pigeons have a similar look, there is a high degree of variability in plumage, ranging from gray to white, and anywhere in between.

Behavior:  A non-native, introduced species to North America.  Highly adaptable, and fairs well in urban environments. Frequently found in high-use commercial developments where they look for food scraps.  Also frequents agricultural and farmland habitats where they will take advantage of the availability of grain and feed products being fed to livestock, horses, etc.  In residential areas often considered a nuisance and a pest because they are messy and scare away the smaller birds.