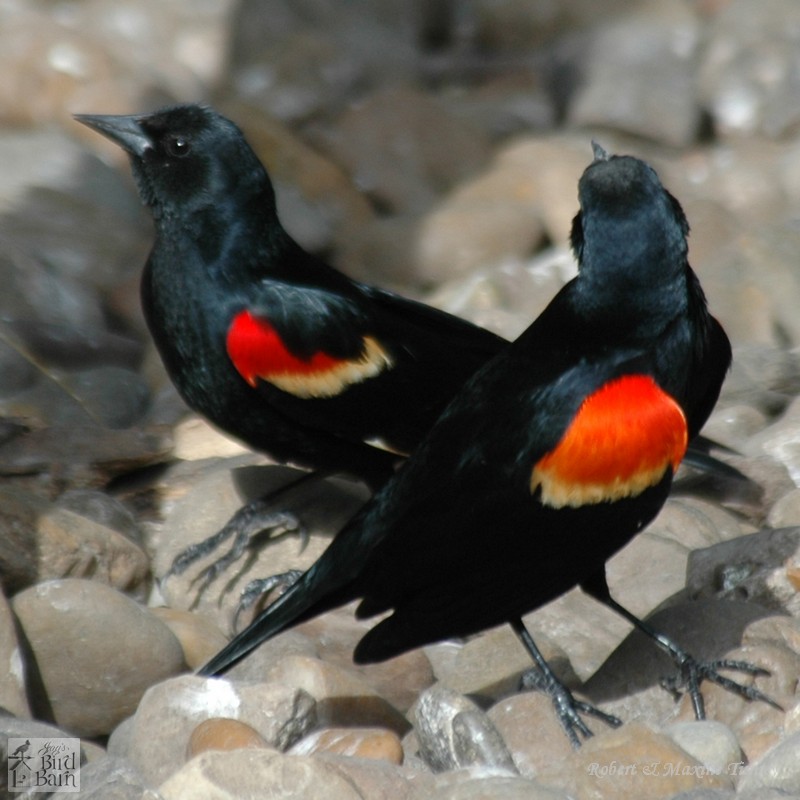 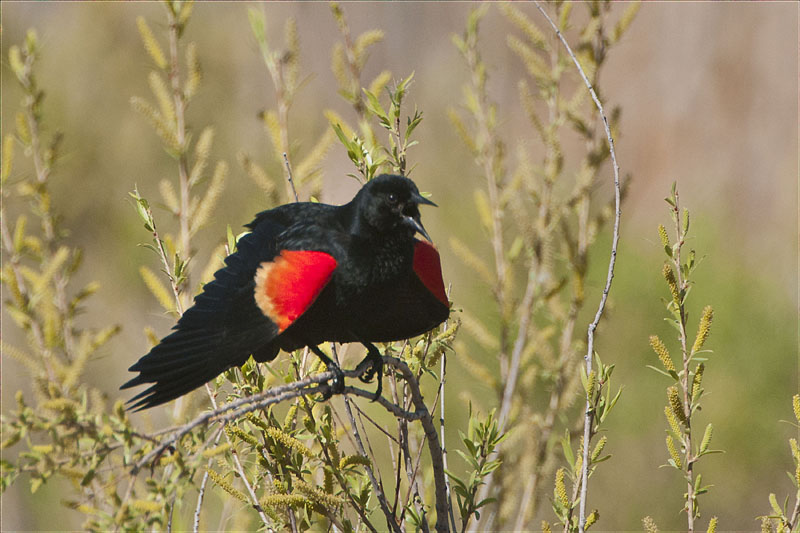 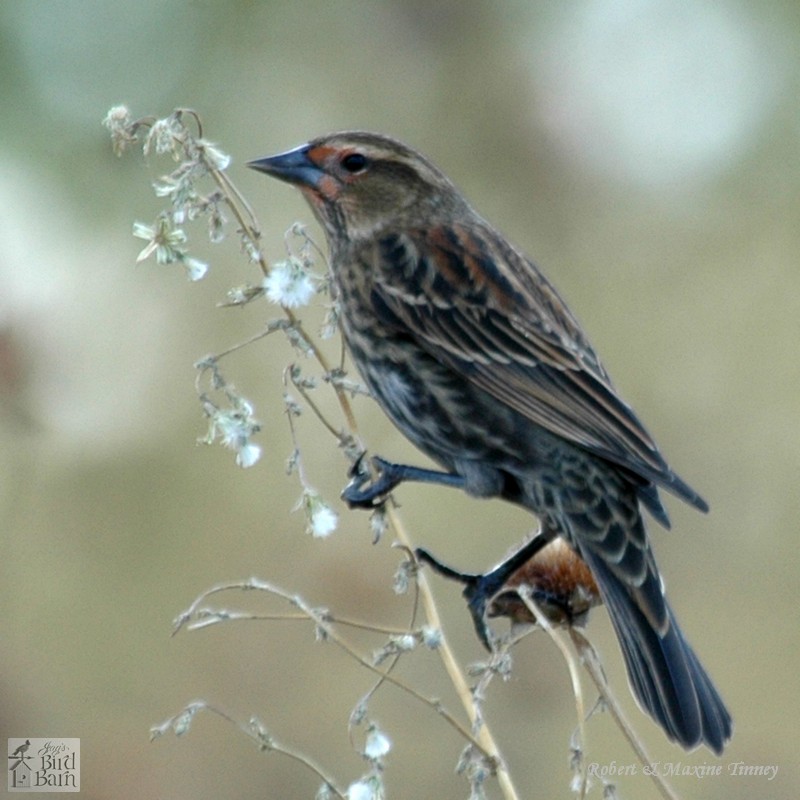 Plumage/Description:  Male plumage is very distinctive and unmistakable.  Males are entirely black except for the red and yellow chevron on shoulder of wing.  Female plumage is dramatically different than males.  Females are brown, not black and are heavily streaked.

Behavior:  Red-winged blackbirds are usually never very far from a source of water, where they nest in the reeds.  They will frequent seed feeders in residential areas that are adjacent to wetlands, such as the neighborhood south of Willow Lake Road, south of Willow Lake.  Will also frequent farmland, pastures, and agricultural areas where they are a ground gleaner.  Frequently found in large flocks, particularly in winter, often with other blackbird species.