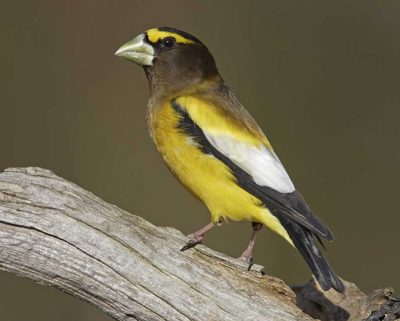 This past Saturday I spent several hours doing yard work, and in the process saw bees, wasps and several species of butterflies. I also observed a single hummingbird on the feeder in both the front and back yards.

I am not sure if I have two different hummingbirds or if the same bird is visiting both feeders, but I went ahead and made up a fresh batch of sugar water and cleaned and refilled the feeders. I normally don’t keep hummingbird feeders up past the first of November, but with our weather being so mild, hummingbirds continue to stick around. Personally, I would prefer they move on, but only time will tell.

I have had several interesting wildlife observations over the last few weeks. One day at 7:30 a.m., I was driving west on Whetstine Avenue, which borders the parking lot entrance for Prescott High School. I was surprised to see a coyote trotting past the school. The poor thing seemed lost and confused as to where to go, as it was surrounded by lots of cars, buses and people.

A few days later as I was driving on Rosser just east of Campbell Avenue, I saw a mule deer crossing the road. A few days after that, I saw three deer at the intersection of Highway 69 and Prescott Lakes Parkway. This is the intersection where Walmart and the mall are located!

On Monday of this week, I saw three deer at the intersection of Highway 69 and Walker Road (where Costco is located). What was really interesting about this sighting is that it was at 4:45 in the afternoon, and the deer were grazing on the shoulder of this extremely busy six-lane highway as if they were miles from civilization!

And finally, this past Saturday, almost in the same spot where I saw the mule deer crossing Rosser, I saw a gray fox running down the middle of the road, trying to decide if it should go right or left to get out of the road. We are certainly blessed to live in an area with an abundance of wildlife all around us.

Earlier this week when I arrived at the Flagstaff Jay’s Bird Barn location, I noticed that there was a female evening grosbeak on the feeder hanging outside of the store. As the day wore on, the birding only got better. Later, four male evening grosbeaks were on the black-oil sunflower feeder at the same time! Additionally I saw Cassin’s finches, mountain chickadees, Steller’s jay, hairy woodpecker, American robin, house finches and dark-eyed juncos.

There are three large (almost ceiling to floor) windows in the store that look out over the area where we have hung some feeders. I have to admit, I was a little giddy watching the birds when I should have been working. I am amazed by the bird activity we get in such a commercial area.

In Flagstaff, we are located in a busy shopping center with large stores—Sprouts, Michaels and Jo-Ann Fabric—and situated right next to NAU where there is a lot of foot and vehicular traffic. I am very impressed by the variety and quantity of birds we see right outside the windows of the store. But then again, as I always say, food is a great motivator.

This year is shaping up to be what is referred to as an irruptive migration year where bird species that are typically found further north in latitude, or at higher elevations, are being observed much further south and at lower elevations. It will be interesting to see what the rest of winter brings!