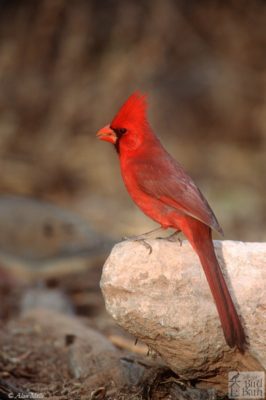 On Wednesday, December 19th, I participated in the Prescott Audubon Society Christmas Bird Count. My assigned area for almost twenty years now has been Granite Basin.

It is extremely helpful to cover the same area year after year, as I have historical knowledge of what kinds of birds have been seen in this area. I know what to look for and where to look for it.

Part of my strategy to cover such a large geographical area is to divide my area into three sub-areas. The first area is from the intersection of Iron Springs Road to the saddle on Granite Basin Road. The habitat is predominately chaparral and pinyon/juniper. In this area, I am most likely to encounter Woodhouse’s scrub-jays, spotted towhees, ladder-backed woodpeckers, crissal thrashers and white-crowned sparrows.

I don’t spend a lot of time in this area, as most of the birds that can be found in this habitat can be easily seen by other observers in other areas on the day of the count.

Area two is from the saddle on Granite Basin Road down to the day use area. This area is more of what I would call a transition zone; the habitat includes a lot of oaks and quite a bit of ponderosa pine. Since it is a transition zone, most bird species observed in this area can also be seen in either area one or area three, so I don’t spend much time in this area either.

Area three is the most productive birding area, and encompasses Granite Basin Lake, Mint Wash, below the dam, and trail 261 which leads to the top of Granite Mountain. I devote about seven hours of my ten-hour birding day to this area.

It is here where, historically, I have found some unusual bird species. It is my responsibility to try and find some of these uncommon species in my assigned area, because if I don’t see them it is not likely anyone else will see them in their assigned area on the day of the count.

Highlights for the day this year was seeing several Townsend’s solitaires, a single golden-crowned kinglet and a Pacific wren. While I was able to get some of the rarer birds on my target list, I struck out on all of the other rare birds I was hoping to see.

The number of water fowl at the lake this year was less than normal. I only had four species on the lake: ring-necked duck, American wigeon, American coot and pied-billed grebe. I was surprised by the absence of mallards, which is normally a given at any body of water in the Prescott area.

Berry-eating bird species were some of the most abundant birds. I counted 73 American robins, 79 western bluebirds, eight Townsend’s solitaire, twelve hermit thrushes, and two mountain bluebirds—a species I have never seen at this location before.

Species that had low numbers this year were Cassin’s finches (I saw only three), mountain chickadees, and I saw only one red-winged blackbird. For the day, I documented forty-six different species. I was pleased with the total number, but I certainly struck out on some species that should have been a given—such as mourning dove. How can you bird watch for ten hours and not see a single mourning dove?

Oh well, there is always next year. Until next week, Happy Birding!