Perfect morning for a bird walk 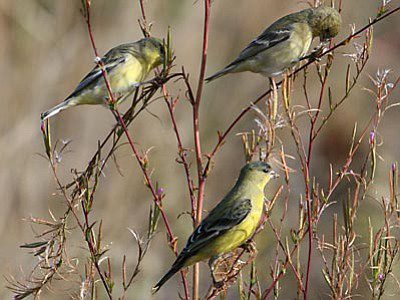 This past Friday I led a Jay’s Bird Barn sponsored bird walk to Watson Woods and Watson Lake. It was a perfect morning—it wasn’t too windy, and the sun was shining! Our group of ten birders started our day at the Peavine Trailhead parking lot off of Sundog Ranch Road, opposite the Humane Society.

I am frequently asked at the Bird Barn, by visitors to the Prescott area, “Where is a good place to go birding?” One of my favorite locations to recommend is Watson Woods. The riparian habitat lends itself to a good variety of birds—including year-round residents, migratory birds, and summer residents.

I was feeling confident on Friday that based on where we were birding, and the time of year, that we would probably see about fifty species on our bird walk. It turns out I was a bit overly confident, and in the end our final species count was in the low 40’s

In spite of a lower than expected species count, the quality of birds seemed to make up for the lack of quantity. We had many highlights and we saw some amazing birds. For example, one of the highlights was finding a female Anna’s hummingbird actively building her nest!

When I first found the nest we were probably only 25-30 feet away—and the female didn’t seem to pay any attention to us. I focused my scope on the nest and we all got to see her coming and going as she would go out to gather nesting material and then return to the nest to continue her construction project.

From the same spot where we were observing the female hummingbird we were able to set our scope on a baby great horned owl that had recently left the nest. It was covered in a downy coat of white feathers and looked like it had a ways to go before obtaining its adult plumage.

Another highlight was seeing a flock of cedar waxwings that were acting more like small flycatchers. There were exhibiting ‘hawking’ behavior where they were flying out from the tree they were perched in to catch small flying insects before returning to the tree and repeating the process over and over again.

Some of our other exciting bird sightings included seeing both an Osprey and a Bald Eagle in flight, a pair of wood ducks on the small pond in Watson Woods, male and female summer tanagers and several male blue grosbeaks. We had four species of flycatchers, Say’s phoebe, black phoebe, Cassin’s kingbird, and western wood-pewee and several swallow species including violet-green, cliff and northern rough-winged.

As we made our way back to the Bird Barn we did a slight detour to the parking lot of the Church of Jesus Christ of Latter-day Saints on Ruth Street to check on an active Swainson’s hawk nest. We were treated to an amazing sight.

When we first set the scope on the nest the female was sitting so low in the nest we could barely see just the top inch or two of her head. However, after we’d been there a few minutes we started to hear the vocalization of a Swainson’s hawk on the wing as it made its approach to the nest and he was carrying prey to feed to his mate.

Everyone in our group was thrilled to see the brief exchange between the male and female as he dropped off food for her and then quickly departed—probably in search of more food! It was the perfect finish to a great birding trip.