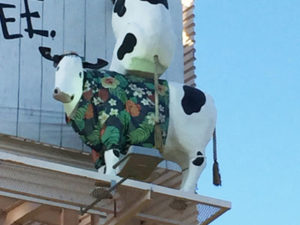 I attended a Wild Bird Expo in Mexico, Missouri, last week. The expo combined several elements including buying, networking, attending seminars and a guided bird walk. I enjoyed being a participant (instead of the leader) on the field trip. It was interesting to observe how others guide groups of birders.

The bird walk was super-productive, and we saw a good variety of birds, including blue-headed vireo, Nashville and Tennessee warbler, northern cardinal, tufted titmouse, pileated woodpecker, field sparrow and chimney swift – just to name a few!

Arriving back in Phoenix, I stayed in the valley for a two-day mini vacation with my family, as it was fall break. Friday morning, I went birding around the hotel where we stayed, which is adjacent to I-10 – right in the heart of Phoenix. The hotel had a good native Sonoran Desert habitat including saguaros, chollas, prickly pear, mesquite, palo verde, ironwood, creosote, brittle bush and many other varieties of native desert plants.

My birding amounted to a leisurely walk around the property and through an adjacent cemetery. As strange as it may sound, cemeteries are actually a really good place to go bird watching, as the habitat tends to be lusher than the surrounding environment.

The bird list I compiled was impressive – I saw 29 different bird species in just over an hour. What really stood out to me was the number of native bird species I saw. I was in the middle of one of the largest cities in the United States, walking within a stone’s throw of a five-lane highway in each direction, and I was seeing cactus wren, rock wren, curved-billed thrasher, Abert’s towhee, roadrunner, gnatcatcher, Gambel’s quail, verdin, red-tailed hawk and many other varieties.

Granted, I did see some non-native bird species, which one would expect in such an urban, developed area, but the non-native birds were not super abundant, nor were they crowding out the native bird species. Examples of non-natives include rock dove (that is the formal name for pigeons) and European starling. Everything else I saw, twenty-seven of the twenty-nine species, was either native to the area or to North America.

Some of the birds I saw would not have naturally occurred there if it were not for all of the development, including non-native trees, grass and artificial watering systems. Birds that were benefited by development were great-tailed grackle, red-winged blackbird and killdeer. It is very unlikely that these species would ever be found in an undisturbed, natural Sonoran Desert habitat.

Other desert bird species observed were kingbird, Gila woodpecker, both northern and gilded flicker, Cooper’s hawk, American Kestrel, mourning and Inca dove, Anna’s and Costa’s hummingbird, northern mockingbird and house finch. Even some winter arrivals such as yellow-rumped warblers and white-crowned sparrows were present. The diversity of birds in this urban setting was amazing. The birds were there, though, because the type of habitat they need for survival was intact.

I was really impressed by the adaptability of all of these different species – eking out an existence in this small patch of desert surrounded by blacktop and asphalt. One funny observation was watching a starling pulling strands of material for nesting from the tail of a cow on a Chick-fil-A billboard. Talk about being resourceful!