My idea for a bird watching reality TV show 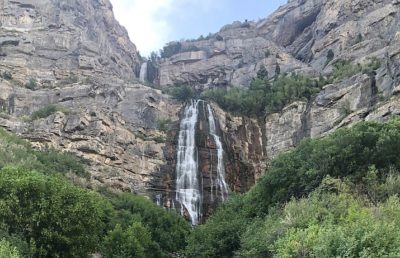 Last week we made our annual trip to Provo, Utah, for the Fourth of July to visit children, grandchildren, and extended family. As I have spent time bird watching this past week in a variety of different habitats in the state of Utah, I have had the idea (again) that it would be fun to create a bird watching reality TV show. Knowing how many millions of people participate in birding, I think a reality show on bird watching would be a big hit. And of course, I would like to be in the show!

Several years ago the movie, “The Big Year,” starring Steve Martin, Jack Black and Owen Wilson was a big hit with birders and non-birders alike. The movie was a bit of a spoof on bird watchers and how passionate they are about seeing and listing all of the species they observe.

The premise for my bird watching reality TV show would involve traveling to various birding destinations all around the world, including locations inside the United States. Experienced birders would get ‘dropped’ into an unknown location and they would have to figure out where they are using avian life as their primary clue.

Obviously there would be other clues such as habitat, geography, topography, climate, etc., but the main clue would be what kinds of birds they are observing. How cool would it be to get dropped into Indonesia, or Australia, or Kenya, and based on the bird life you are seeing have to figure out where you are?

Here is a short quiz—read the list of species observed and see if you can figure out what habitat I was in while bird watching in Utah.

2) On another day I observed the following species: Gambel’s quail, wild turkey, Say’s phoebe, American robin, common raven, brown-headed cowbird and cliff swallow. Where was I?

5) The following list might sound similar to what many of you see in your yard, but remember, I saw these birds in Utah: black-chinned hummingbird, broad-tailed hummingbird, northern flicker, western kingbird, Woodhouses’s scrub-jay, spotted towhee, black-headed grosbeak and lazuli bunting. Where was I?

Here are the answers to the quiz: 1. Utah Lake, west of Provo, the fifth largest fresh water lake west of the Mississippi River. 2. Best Friends Animal Sanctuary, near Kanab, in southern Utah. 3. Jackson Flats Reservoir, near Kanab. 4. In the backyard, Provo, Utah—a very urban environment as you can tell by the number of non-native, introduced species. 5. Rock Canyon, east of Provo, the habitat in this area is similar to Prescott with abundant Emory oak, hackberry, and other native plants.

This simple exercise demonstrates how a basic knowledge of birds and their relationship with their preferred habitat can lead to a conclusion of where you are. All I need now is the financial backing to put together a bird watching reality show!