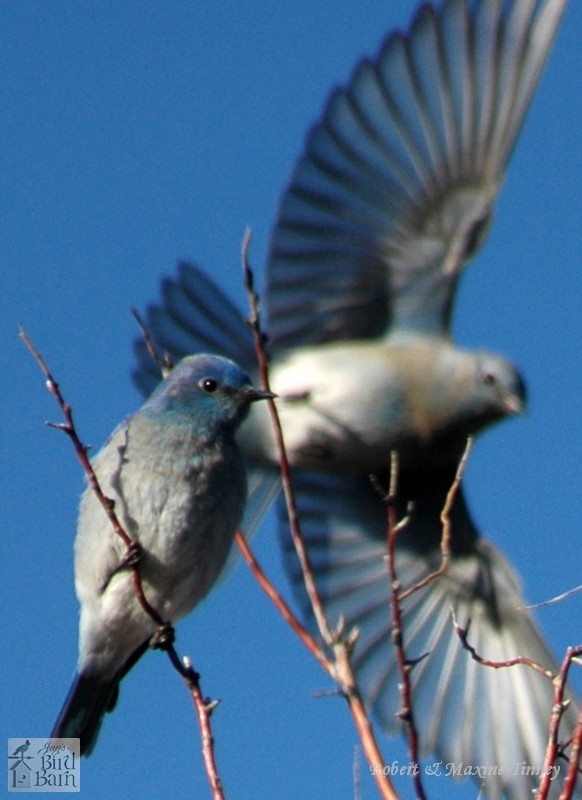 Plumage/Description:  Male plumage is an overall sky-blue color, with a white belly and under-tail coverts.  Females are similar in appearance to female Western Bluebirds, pale gray head, back, and belly.  The breast is a dull rusty color, wings and tail are a pale blue color.

Behavior:  A flocking species that winters in habitats that are fairly open, where the trees are more scattered and not heavily forested.  A breeding species in northern Arizona such as in the Flagstaff area.