Moore: Witnessing nature in action at the lakes 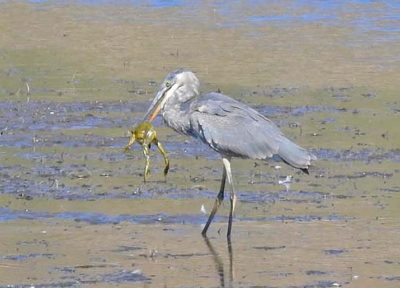 Last Thursday, I led a scheduled bird walk to the south shore of Willow Lake before moving over to Watson Lake.

Last Thursday, I led a scheduled bird walk to the south shore of Willow Lake before moving over to Watson Lake. When I lead bird walks, I am always hoping to find a nice variety of colorful birds that will get people excited about their bird-watching experience. On this particular day, however, our time at the lakes was more about bird behavior.

At Willow Lake, we witnessed an odd display between a juvenile raven, a juvenile Cooper’s hawk and a rock squirrel. We first observed the raven and hawk harassing and chasing one another in a ponderosa pine tree.  It was almost as if they were playing a game of cat-and-mouse.

The raven seemed to be the instigator, but the hawk went along with the game. They were chasing each other in a playful, nonaggressive manner, almost as if they were learning life skills about one of their mortal enemies. “Do I trust?”  “Do I flee?”  “What are his intentions?”

This game of tag then moved down onto the granite boulders, where the raven and hawk were joined by a rock squirrel.  Here we witnessed the strangest behavior between three individuals that you would never imagine playing together.

Needless to say, it was very entertaining!  I couldn’t help but wonder why the squirrel wasn’t fearful of the hawk.  Instead of fleeing from the hawk, it would literally run across the rocks or climb up into a tree to purposefully chase the hawk.

At Watson Lake, we initially focused our attention on the mudflats on the east side of the lake.  There we saw a variety of shore birds and wading birds, such as white-faced ibis, willet, dowitcher and sandpipers.

We also witnessed a great blue heron that had caught a gigantic bullfrog. We watched as the heron repeatedly stabbed and poked at it until it was dead. We eventually moved further down the trail, leaving the heron with its mouthful.

As we were focusing on the variety of water birds congregated on the shoreline, all of a sudden the birds started to lift into flight, in waves, indicating the approach of a bird of prey. Sure enough, a large Bald Eagle flew in from the east as groups of birds reacted to its sudden presence by fleeing in flight.

What happened next, though, was a thrill to witness — you could not have scripted the sequence of events. As the eagle flew over the lake, it spotted the heron with the huge bullfrog in its beak. The eagle slowed its flight and began a slow descent. It circled the heron, put down its landing gear (so to speak,) and landed on a mudflat about twenty-five feet from the heron.

The heron immediately dropped its meal and began to slowly walk backwards, in what appeared to be a sign of submission. A second heron flew in as if he had his brother’s back — but two herons were no match for a Bald Eagle.

For a time we watched this standoff. Who was going to make the next move? I assumed the eagle would steal the frog, but, after a period of time, the eagle decided to move on. It lifted off and the heron walked back to reclaim its meal. We were awestruck by what we had just witnessed — nature in action!