Migratory Bird Day celebration is Saturday at the Highlands Center 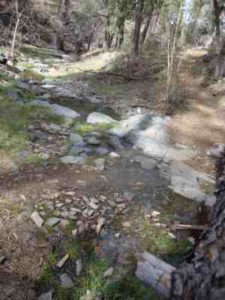 Groups of birders will explore the trails around the Highlands Center. People of all ages, skill levels and experience are encouraged to come, learn, and share information about the birds in our area.

With migration in full swing, the month of May is a great time to get out and go birding. The variety of bird species present in the Central Highlands area of Arizona changes every day this time of year. For example, I was at the recharge ponds recently and saw white-faced ibis and American avocets. The next time I was there I didn’t see either of these species. However, I saw both Wilson’s and red-necked phalaropes, which were not present when I was there on the previous occasion.

Why is the month of May such a great time to get outdoors and go bird watching? The answer has everything to do with migration. In addition to our permanent resident bird species, we are experiencing the influx of summer residents, as well as transient species that are passing through the area.

Winter: Winter residents are migratory species that begin to show up in the Prescott area in September and stay until March or April. “Our” winter birds move south from points to the north of us, some coming from as far away as Alaska and Canada. Examples of winter residents are ruby-crowned kinglets, yellow-rumped warblers, white-crowned sparrows and dark-eyed juncos.

Summer: Summer residents are migratory species that return to the Prescott area in April and May from their winter range, which is primarily in Mexico, Central America, or in some instances as far south as South America. Many of these summer residents are referred to as neo-tropical species. They winter in the tropics (smart birds!) and summer in North America. Examples of summer residents include summer tanagers, bullock’s orioles, black-headed grosbeaks, black-chinned hummingbirds, and western kingbirds.

Transient: Transient species are migratory birds that neither winter nor summer here, but just pass through the Prescott area in the spring on their way north and then again in the fall on their way south. Examples of transient bird species include American white pelican, white-faced ibis, tree swallow, Nashville warbler, lazuli bunting, and green-tailed towhee.

The “Birds of Prescott, Arizona” checklist is a great tool to aid individuals in confirming the identities of birds they are seeing.