Lots to see on a quick birding trip to Florida 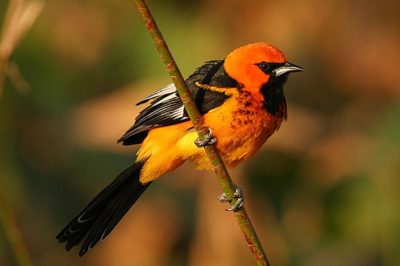 Well, I acted on my bucket list idea, and have officially checked off my first state bird — a northern mockingbird — in Florida. Ironically, this was the first species I saw and identified after getting out of the airport!

This is the same species of mockingbird that occurs in many parts of Arizona. They are common in large cities such as Tucson and Phoenix, but not nearly as common at higher elevations. We do get mockingbirds in Prescott in low numbers, and in Prescott Valley as well.

This is the first time I have birded in Florida, and, as you might imagine, I had high expectations for seeing a lot of different bird species. I tend to over-anticipate what I hope to see, and this trip was no exception. I just knew I would easily see over 200 species, but in the end, I saw less than 100 species. It was disappointing, to say the least.

We stayed in Fort Lauderdale and I visited several beaches, city and county parks, and the Everglades. My first full day in Florida I went to a place called Markham Park. Initially, I didn’t see much of anything, as the early morning fog was so thick. However, as the day wore on, I started adding a lot of birds to my Florida list, including several new life birds.

Seeing a new life bird is a real thrill for me. I saw the boat-tailed grackle (not to be confused with our great-tailed grackle), glossy ibis, mottled duck, gray-headed swamp hen, fish crow, and my absolutely favorite sighting — two spot-breasted orioles. They were just stunning—a combination of brilliant orange, jet-black, and pure white markings. When I saw them in the brilliance of the early morning sunlight, right at the very top of a tree, it was one of those ‘oh my!’ moments never to be forgotten.

Other birds I saw were not life birds, as I had seen them outside of the United States, but they were new for my North American list. For example, I saw monk parakeets, roseate spoonbills and wood storks in Brazil back in 2011, as well as snail kites last year in Belize. Seeing each of them again was a thrill.

Of all of the places I visited there were two that really stood out as must-see birding destinations — the Everglades and Wakodahatchee Wetlands in Delray Beach. Each of these locations was brimming with birds. It was truly a spiritual experience — almost overwhelming — to be in nature surrounded by hundreds and hundreds of birds. Some of them were so close that I couldn’t even focus my binoculars on them.

I do have a foolish admission to make. I was so enthralled and entranced by the birds that I almost stepped on an alligator — seriously! At the Everglades, my wife and I took a two-hour guided tram ride. As the tram arrived back at the park headquarters, I jumped off and headed straight for a canal that had countless anhingas, herons and egrets. My focus was directed at these birds and not where I was walking. Thankfully, a woman got my attention and I stopped about three feet short of an alligator’s snout!