Where am I? Local birds provide clues 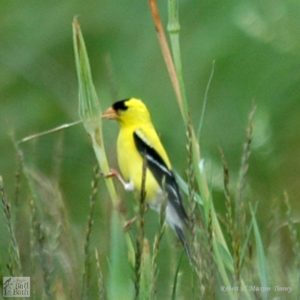 Remember the line from “The Wizard of Oz” when Dorothy says to Toto, “I don’t think we are in Kansas anymore?” If I were to tell you that earlier today, before writing my column, I saw Eastern bluebirds, not Western bluebirds, and an American goldfinch, not a lesser goldfinch, and a tufted titmouse, not bridled titmouse, you could probably tell by the birds that I saw that I am not in Arizona.

And you would be right. This morning (Tuesday) I flew to Missouri to attend a trade show for backyard wild bird stores. Needless to say, I brought my binoculars with me, and after “working” today I headed out to so some bird watching.

It is an interesting concept that you can tell where you are by what you see. For me, birds are a clue that provide physical evidence as to my location in North America. I suppose someone who studies plants, or insects or other biological sciences would have the ability to determine where they were by what they were observing.

Maybe this would be a good idea for a new reality TV show. Participants could be blindfolded and taken somewhere in North America without letting them know where they were going. After arriving at the pre-determined destination their blindfolds would be removed and the participant would have to determine what part of the country they are in based on the evidence of their physical surroundings.

I thoroughly enjoyed my bird watching today. Too bad I cannot count all of these birds on my 2012 Centennial List. In order to count for the contest, the species have to be seen in the state of Arizona. Oh well, I did enjoy seeing eastern birds.

In addition to the species already mentioned some of the other species observed include blue jay, black-capped chickadee, Northern cardinal, common grackle, catbird, Carolina wren and white-throated sparrow.

I also saw a lot of the same species here that we see in Prescott such as American robin, mourning dove, turkey vulture, ruby-crowned kinglet, house sparrow and European starling.

Some species are fairly universal in their distribution throughout North America. Many of the bird species that can be seen practically anywhere in the country are non-native, introduced varieties. They are very adaptable and thrive in almost any habitat.

The habitat here in Columbia and Mexico, Missouri is primarily deciduous trees and shrubs, many are berry-producing varieties of shrubs that are very desirable to birds. One on my highlights today was seeing a huge pileated woodpecker eating some small purple berries that were growing way up high in a tree.

One of the things I love about the hobby of bird watching is that you can participate in the hobby wherever you go. Whether you are out in the wilderness, or in the parking lot of a shopping center, you will find birds.

I want to thank everyone who submitted pictures for our wild bird photo contest. The exhibit is now open for public viewing every day from 8:30 a.m. to 5:30 p.m. except for Sundays. This is the largest exhibit we have ever had-it is an amazing collection of wonderful pictures. I invite you to come in and vote for your favorites. The deadline for voting is Monday, Oct. 22.