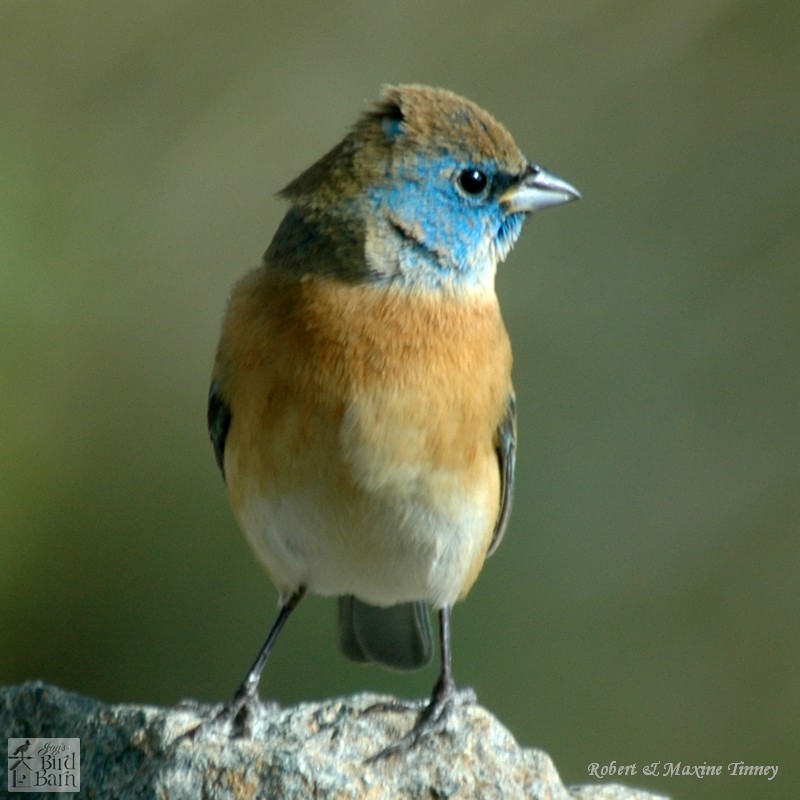 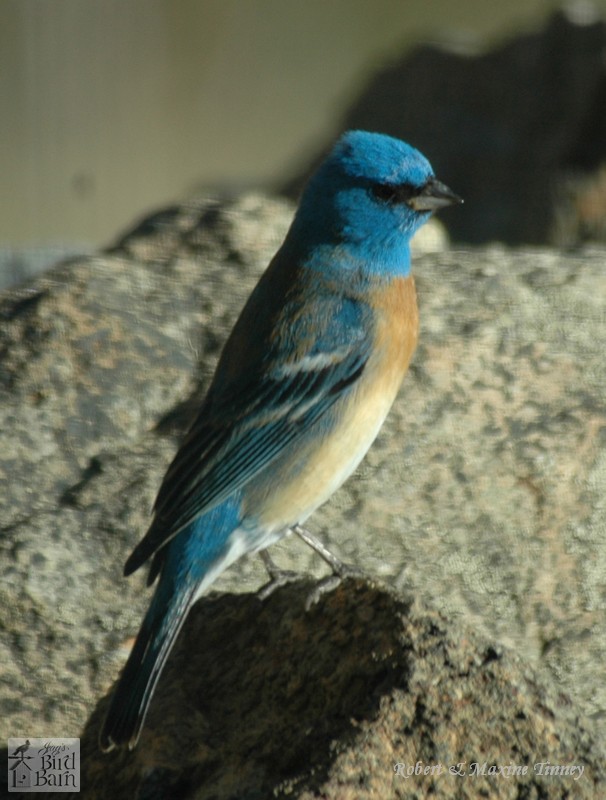 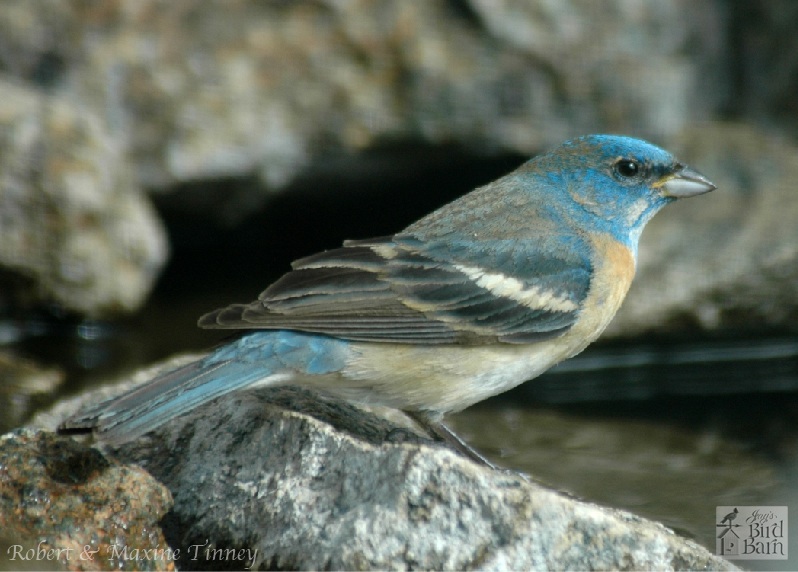 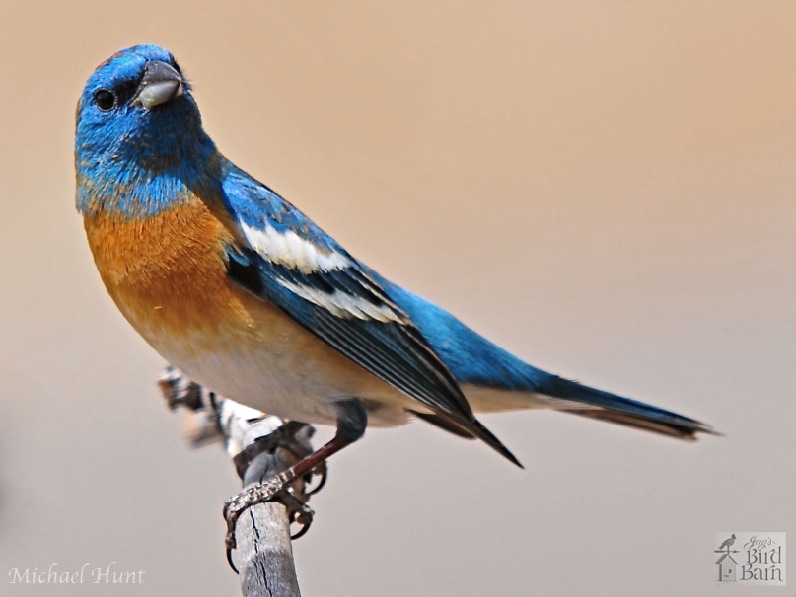 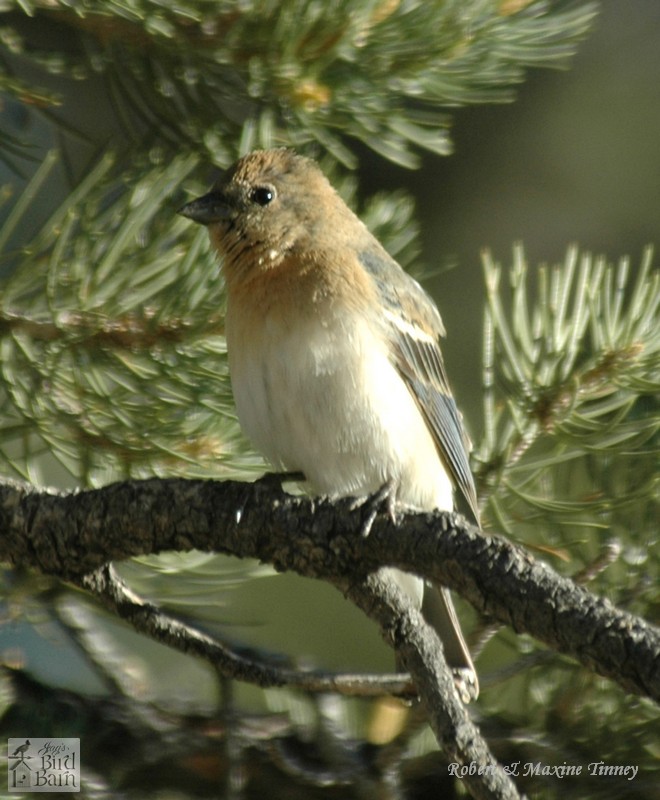 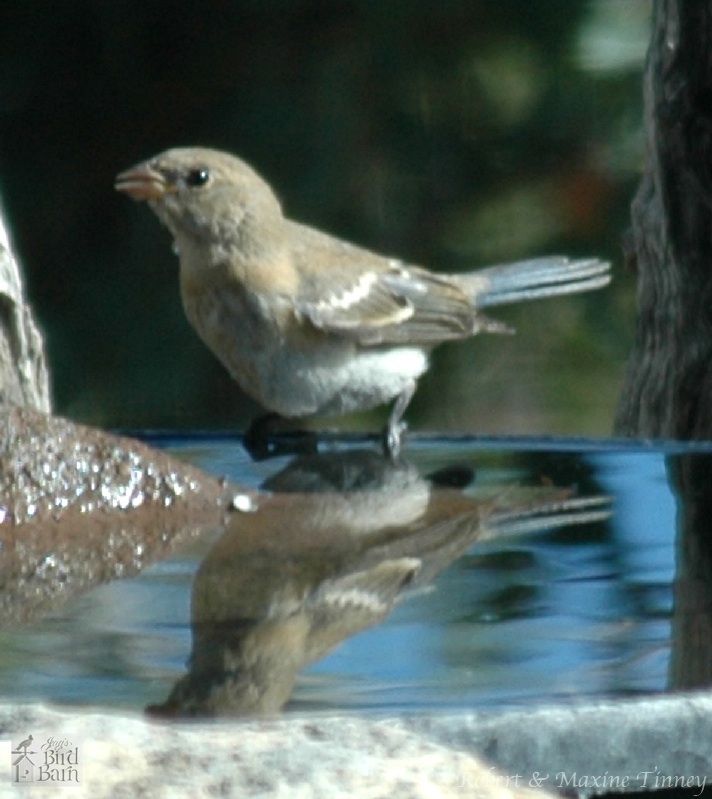 Plumage/Description:  Male plumage includes an entirely solid blue head and blue on the back, wings and tail.  One large white wing bar and one small white wing bar helps differentiate this species from male Western Bluebirds who do not have white wing bars.  Male Lazuli Buntings have a burnt orange breast, and a white belly.  Non-breeding male plumage is a mottled combination of blues and browns.  Female plumage is very plain and non-descript—a drab buffy brown color on the head and breast, paler still on the belly with only the slightest hint of blue in the tail.

Time of year:  Primarily in the spring as they are migrating northward and in the fall as they are moving south.

Behavior:  This migratory species is a favorite visitor to backyard bird feeding stations where it prefers white-proso millet.  Not uncommon for this species to occur in small flocks where they frequently feed down on the ground, and occasionally at elevated feeders.