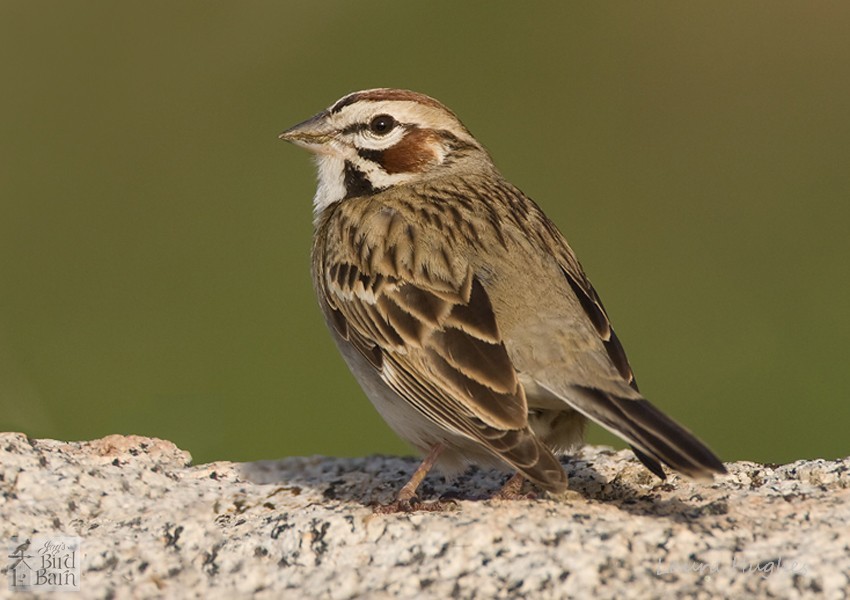 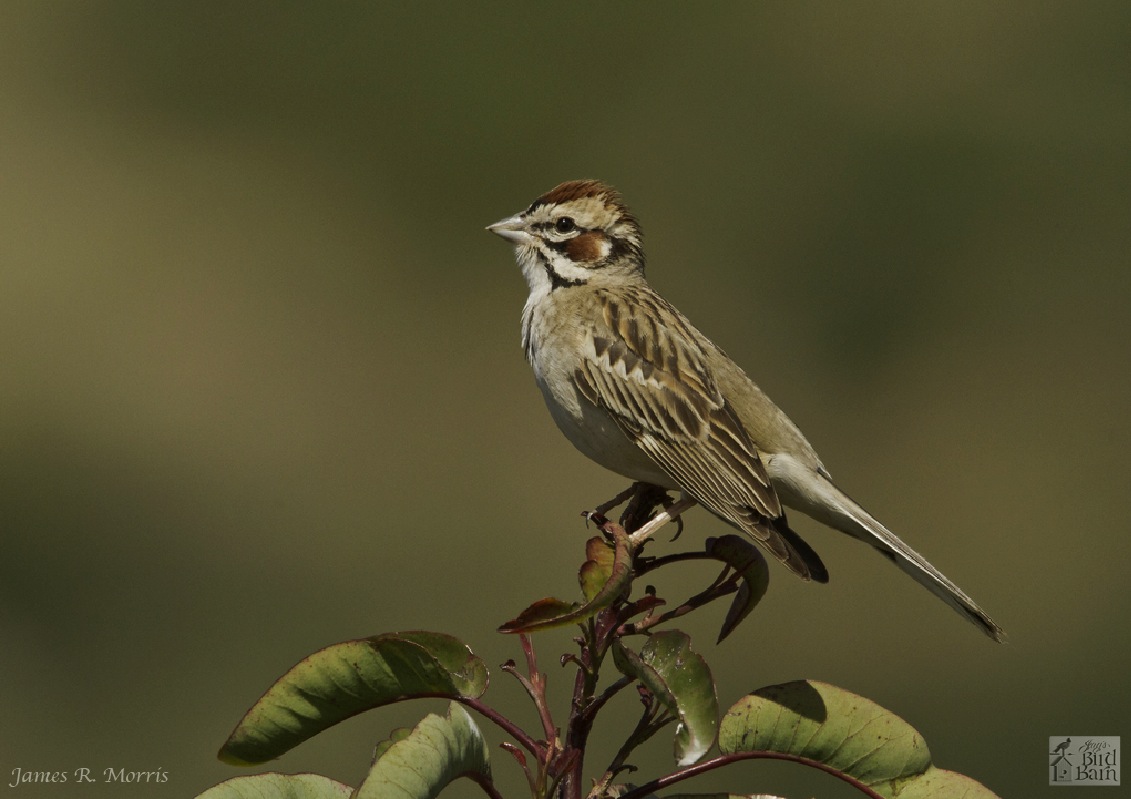 Plumage/Description:  Male and female plumage similar. Back and wings are an overall brown color with dark streaking.  Outer tail feathers have an extensive amount of white which is visible in flight, and is a good identification aide.  The most distinctive feature however is its brightly colored facial pattern with a Rufous crown, and Rufous cheeks, separated by white stripes outlined in black.  Throat, breast and belly is a pale white color with a distinctive central spot.

Relative Abundance:   Fairly common in summer, not as common in winter

Behavior:  Like other sparrow species, Lark Sparrows are common in a grassland habitat where they occur in small flocks and frequently in mixed flocks with other sparrow species.  In rural grassland settings such as Chino Valley and parts of Prescott Valley, where residential areas are adjacent to grasslands, it is not uncommon to have this sparrow in the yard, particularly in winter.