Identifying LBB’s and LBG’s can be challenging 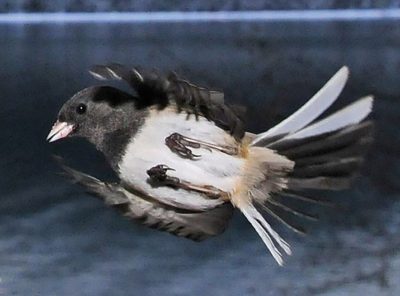 Many casual backyard birders have pet names for the birds they see in their yard such as an LBB for a “little brown bird” and an LGB for a “little gray bird.” There are certainly a lot of birds that fit into the brown and gray category, making identification difficult for those new to birding.

There are some families of birds that are particularly challenging to identify for new birders, such as sparrows, warblers and shorebirds. I personally love sparrows. I think they are often overlooked and highly under-rated. I find them to be very pretty. I also really like warblers. They are showy in color (particularly males in breeding plumage). However, I readily admit I am not much of an expert on shore birds. But then, I have lived in Arizona for almost 50 years, so I don’t get a lot of experience observing and identifying shore birds!

Bird identification is often difficult within a family, such as warblers (there are more than 50 different warbler species in North America). However, it becomes even more difficult when you consider the variation within the species—adult male plumage, adult female plumage, non-breeding plumage, and juvenile plumage. It takes a lot of practice and repetition to master the names of the different bird species you encounter.

Previously, I have written how sometimes species that occur over a large geographic area are treated as one species with different races. This used to be true of one of the more common winter LBB’s—which, realistically, could also be referred to as an LGB. From time to time I mention dark-eyed juncos in my column. This is because they are so common in winter, and so easy to attract to your yard.

You might be wondering, if there is a dark-eyed junco, is there a light-eyed junco? Well, not exactly. There is a species, however, found in extreme southeastern Arizona, called a yellow-eyed junco. It looks very similar to the “red-backed” form of the dark-eyed junco we see here in the Bradshaws.

The red-backed form of the dark-eyed junco has an elevational migration pattern, moving down in elevation in winter, and moving back up into the higher elevations in summer. Folks living in Walker or Groom Creek see this species in the summer time, and folks living in town get to enjoy them in winter at backyard feeders.

All of the different junco species that got lumped together have slightly different plumage from one another but there is one characteristic they all have in common—white outer tail feathers that are very diagnostic when they fly up from the ground. If you ever have bird identification questions, swing by the store and we’ll be happy to try and help you.

The last day to vote in our Wild Bird Photo Contest is Tuesday, Oct. 25. We will be announcing the winners on Saturday, Oct. 29, at noon during our anniversary celebration. We will have live birds of prey on display during the anniversary celebration from 11 a.m. to 2 p.m., and we will be providing a very nice lunch as well. The event is free and open to the public. We hope you will join us on the 29th.