Hummingbird migration activity is at its peak 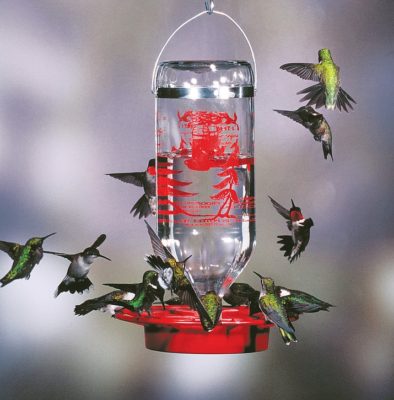 This past Sunday afternoon, I made a quick trip down to Phoenix. I got stuck in traffic heading south on I-17 with folks returning to the valley after enjoying a weekend in the high country of northern Arizona.

As I sat in this elongated parking lot waiting for the traffic to move, I noticed small numbers of swallows flying by now and then. They were making better time than we were!

We were in the area between Black Canyon City and New River, where the vegetation consists of palo verde trees, sahuaros, cholla, prickly pear and other heat and drought tolerant plants. This is not an area one would consider prime swallow habitat.

As I thought about the swallows and realized they were all flying south in the middle of the desert, and reflecting that it was August, a lightbulb finally went off. I had one of those ‘ah-ha’ moments when I realized they were migrating.

Earlier this week, I received an email that read, “Hi, we live in Chino Valley and wonder if you have heard anything about a huge increase in hummingbirds? We have two feeders out and normally see two to three birds jostling to eat. In the past three days that number has increased to 15 – 20. Our feeders are three hole and we have seen as many as six birds sitting around the holes with another five or so hovering. This is not normal for here, so we were wondering if anyone else is experiencing an increase.”

In another email this week, an individual wrote, “In the last two days I am getting a lot of hummingbirds (more than usual) swarming my feeders. The finch activity has been extremely high also. Can you give me some insight as to why this is happening?”

The answer to these emails is that hummingbird migration is in full swing. Hummingbirds that summered north of Arizona—in places such as Utah, Nevada, Idaho, Colorado, Wyoming, Montana, Canada and Alaska—are on their way to Mexico for the winter months. When you look at a map, it makes sense that to get from points north of Central Arizona to Mexico, migratory birds have to pass right through this part of the country to get to their destination.

As hummingbirds migrate, they stop at backyard feeders to rest and refuel before continuing on. During peak migration, you might witness what appears to be a feeding frenzy, with plenty of fighting, chasing and aerial battles for control of the feeders. This time of year, it is advisable to put out several more hummingbird feeders and hang them in close proximity to one other. I have customers who will go through two or three gallons of nectar everyday this time of year!

Lesser goldfinch numbers are also very high right now, as a result of reproductive success during the summer. In the spring, you initially had a pair of goldfinches. Now in late summer, depending on how many clutches they have had and what their breeding success was, instead of two birds, you will have mom, dad and their offspring. This means that you could easily have anywhere from six to 10 additional birds compared to just a few months ago.

Lesser goldfinches are still in the middle of their breeding season, so the high finch activity is likely to continue right up until mid-October. Lesser goldfinches love nyjer (also known as thistle) seed and fine sunflower chips. They especially enjoy the seeds and leaves of the wild sunflower plants that grow naturally in our area.

I hope you are enjoying an abundance of birds in your yard right now. Until next week, Happy Birding!