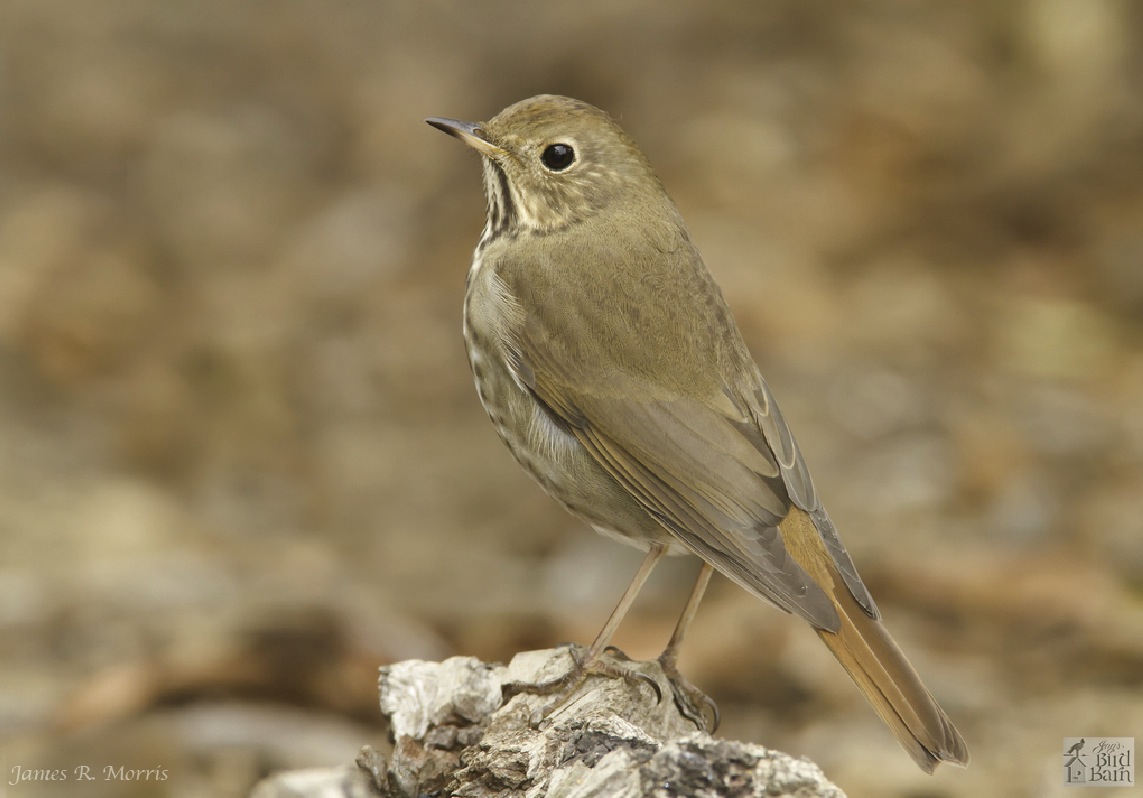 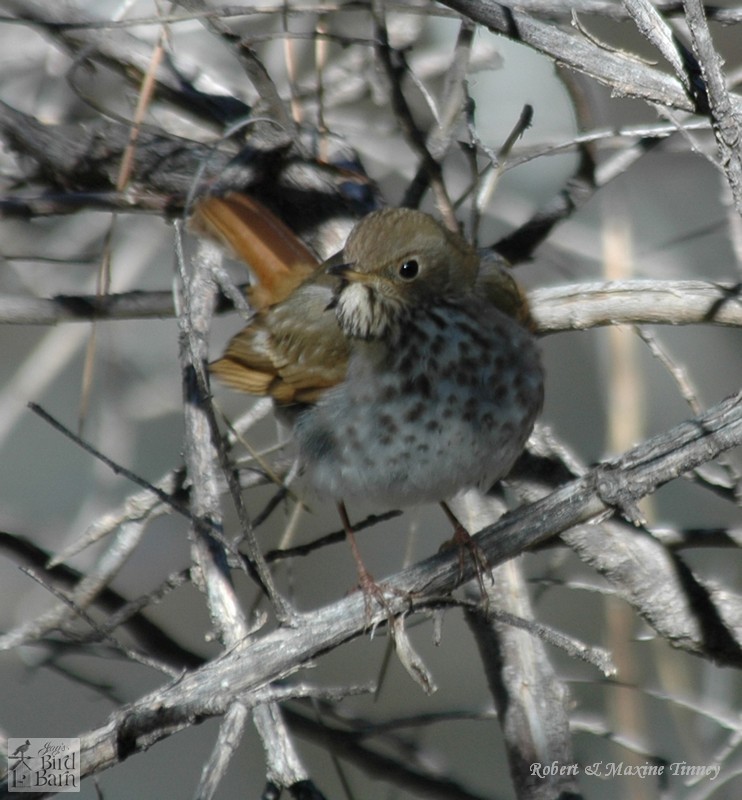 Plumage/Description: Male and female plumage similar. Robin like in posture and shape, but slightly smaller. Regional variation
in plumage, some Hermit Thrushes will appear more gray overall, others more brown. Breast heavily spotted with large black spots. A fair amount of Rufous in the wings, and the tail is noticeably Rufous in color.

Behavior: Very much a skulker, often difficult to see. Prefers dense thickets and brushy habitats, particularly in berry
producing shrubs. Has a habit of flicking its tail and wings. Does not frequent seed feeders but will frequent water features.