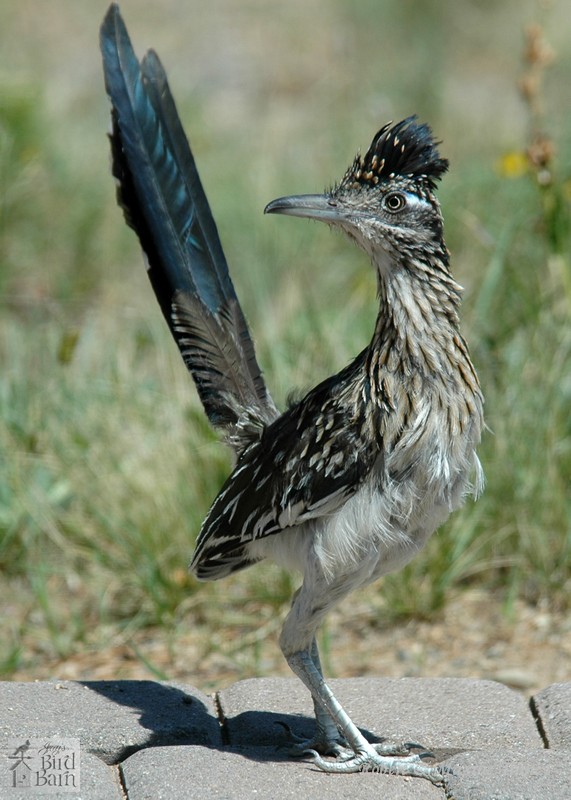 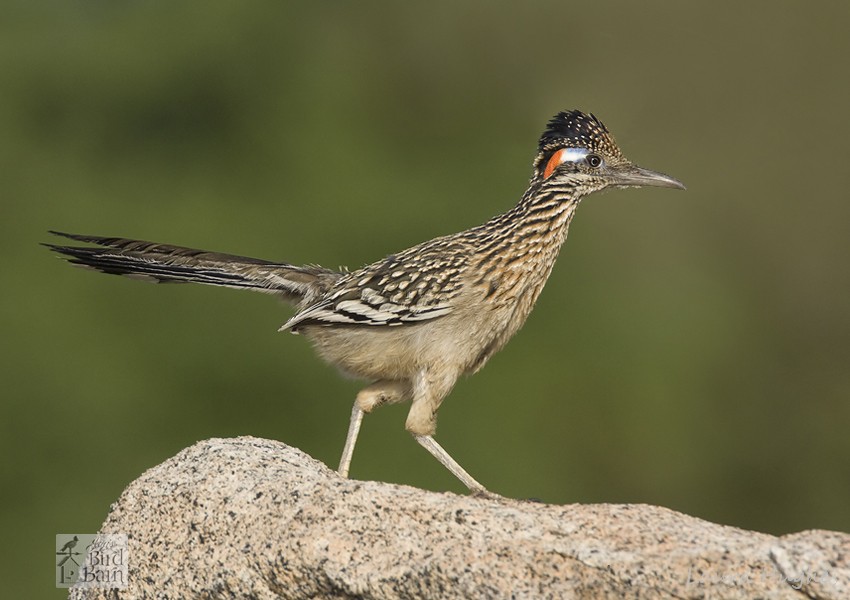 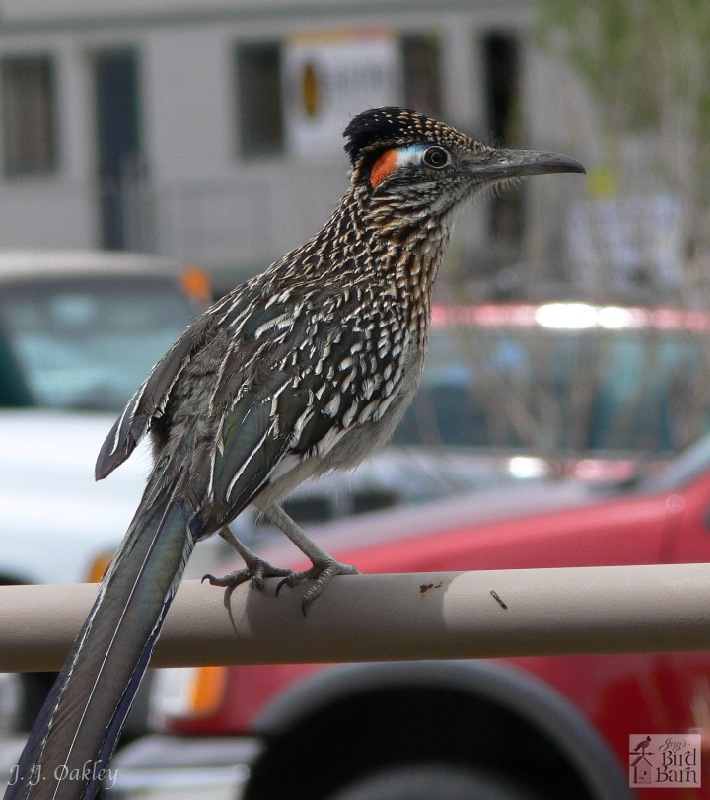 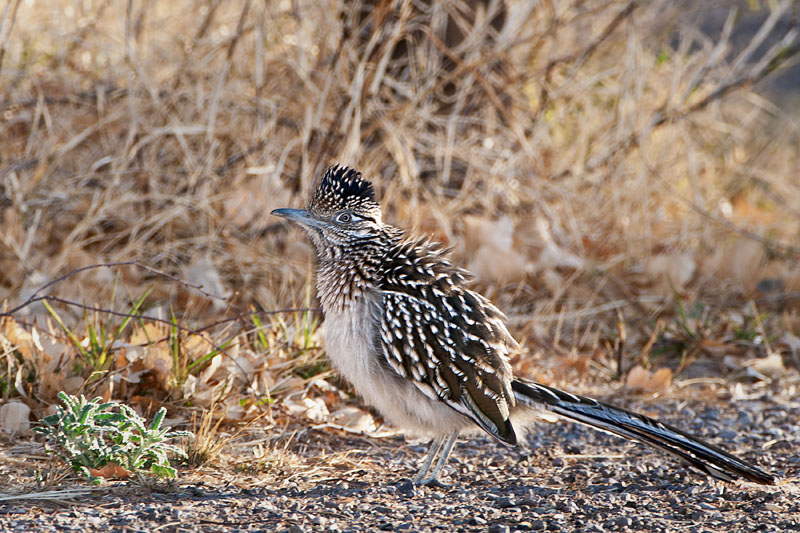 Plumage/Description: Male and female plumage similar. Long billed, long tailed, and long legged.Cannot be easily confused with any other species found in the Central Highlands of Arizona. Overall plumage is heavy streaking on head, neck, back, wings, and breast. Long thin tail is a sold black color that has iridescent qualities in good lighting. Patch of skin behind eye can be bright blue and bright red, but this is not always visible.

Behavior: Primarily a ground dweller, preferring to walk or to run, but capable of flying short distances. Roadrunners have the ability to raise and lower the feathers on the crown of the head, giving them the appearance of having a crest when the feathers are raised.In cold weather conditions roadrunners do a lot of thermoregulation by sunbathing. Will frequently sit on a high, open exposed perch to sun.

Best Sites: While roadrunners are considered to be fairly common, the ability to see them is difficult at best as they are nomadic in their daily foraging forays. Roadrunners frequent residential neighborhoods, but it not like you can see them at someone’s feeders since they are a non-seed eater. Possible locations to spot roadrunners are Willow Lake and Heritage Park, Pioneer Park, and Acker Park.