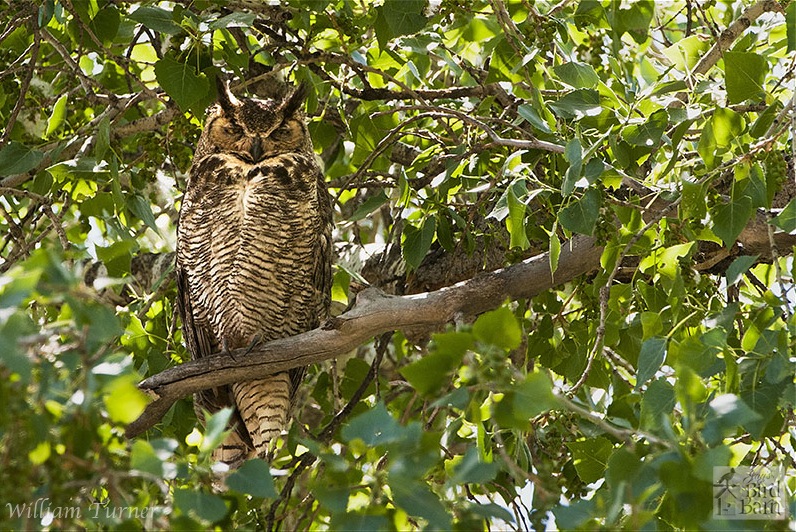 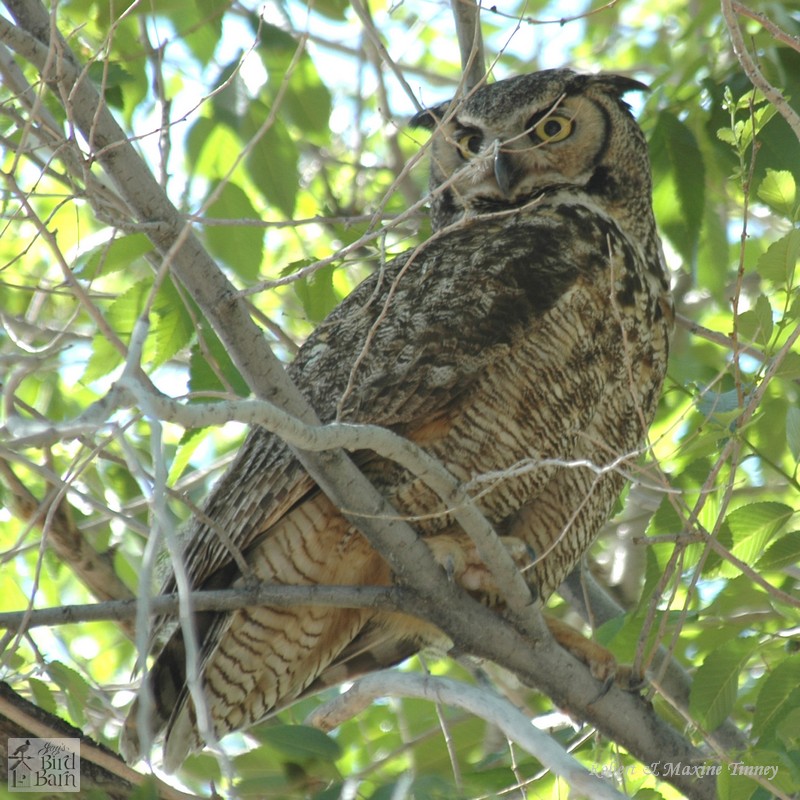 Plumage/Description: Male and female plumage similar but females are larger than males. Characterized by size—this is our largest owl species in the Central Highlands area of Arizona—and by its large ‘feathered’ ear tufts. Also characterized by horizontal barring on the breast and belly. Head, back, and wings, have a mottled, cryptic appearance which acts as camouflage for roosting birds during the day.

Behavior: Nocturnal.Frequently seen at dusk or dawn perched on the peak of the roof of private homes in residential neighborhoods.

Similar species:  The only other large owl species in this area is the Mexican Spotted Owl which is found at higher elevations and has black eyes, compared to the bright yellow eyes of the Great Horned Owl.

Best Sites:  Over the last few years there have been several Great Horned Owls nests in high profile, public places including the
Courthouse Square in Prescott, outside in the garden area of Lowe’s in Prescott, and outside in the garden area of Home Depot in Prescott Valley. The Cottonwood Peninsula on the west end of Willow Lake, and Watson Woods are two other places to look for
Great Horned Owls.