Great birding in the Verde Valley 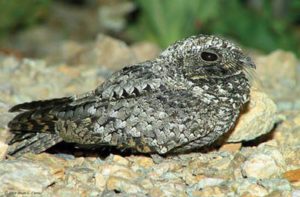 This past week I spent Wednesday through Saturday at Dead Horse Ranch State Park participating in the 13th annual Verde Valley Birding and Nature Festival. The weather was absolutely perfect, and the birding was too! There were several highlights, but I only have room to touch on a few.

One evening, as my son Merritt and I were returning to our campsite, Merritt noticed something in the road. He brought the car to a stop and I instantly knew that what he had discovered was a Common Poorwill. It was sitting right out in the open in the middle of the road. Even though it was long after sundown, I had my binoculars at the ready.

If you have ever tried using binoculars in an idling car, you know that the vibration of the engine makes it really difficult to hold the binoculars steady and see clearly. Also, if you try looking through the windshield with binoculars, the image is distorted and blurry.

We turned off the car, and we each stuck our heads out the windows and took turns sharing the binoculars. We were probably only 20 to 25 feet away, and with ten-power binoculars it was as if we were only two to three feet away. It never did fly, and we were able to watch it for a long time. Eventually Merritt turned on the car, backed up, and we drove around the Poorwill giving it a wide berth as we passed by.

There are several lagoons in the park that attract a variety of water birds – including Great Blue Herons and Green Herons. In one of the lagoons, we saw a pair of River Otters several times. It was almost like watching synchronized swimming as they swam side by side around the lagoon.

The armchair birding area was particularly active this year. Jay’s Bird Barn donates birdseed to the festival to supply the feeders. Festival organizers start filling the feeders several weeks before the festival begins, and by the time it gets under way there are hordes of birds frequenting the feeders. There are places to sit, and in the morning a guide points out and identifies the different bird species that frequent the armchair birding area.

I think this was the “birdiest” year that I can remember in the armchair area. Most impressive were the 40 to 50 Lazuli Buntings that were constantly coming and going as they fed on millet at the elevated feeders, and down on the ground below the feeders.

In addition to the Lazuli Buntings, we found two male Indigo Buntings. Wow, they are a real showstopper with their beautiful blue plumage. Other species observed in the armchair birding area included White-crowned Sparrows, Chipping Sparrows, Lark Sparrows and a Lincoln’s Sparrow. One of the White-crowned Sparrows had only one eye – it would be interesting to know what happened to it.

It was real obvious by the species that we were seeing that spring migration is in full swing. I saw my first Black-chinned Hummingbirds and Black-headed Grosbeak of the season, and the Lazuli and Indigo Buntings were new for the year for me.

The baby hummingbirds in the nest in our front yard that I wrote about several weeks ago are getting very close to leaving the nest. I suspect they will leave this weekend – I hope I am there to witness their first flight