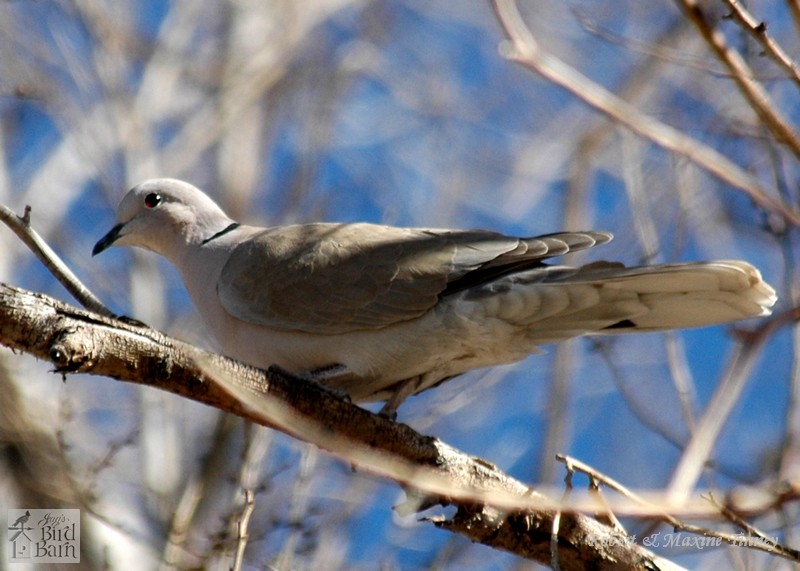 Plumage/Description: Male and female plumage similar.A large, stocky dove.An overall creamy palegray color with a prominent black crescent on the back of the neck.Under-tail coverts are gray, and the underside of the tail is white.In flight the outer edges of the tail feathers appear white, and the tips of the wings appear dark.

Behavior: This invasive, non-native species is becoming increasingly more common, particularly in suburban and residential settings.Many people mistake this species for a Ringed Turtle-Dove, which is smaller and even lighter in color.

Best Sites: Easily observed in Prescott in the residential neighborhoods on either side of Whipple Street between Merritt Avenue and Ruth Street.