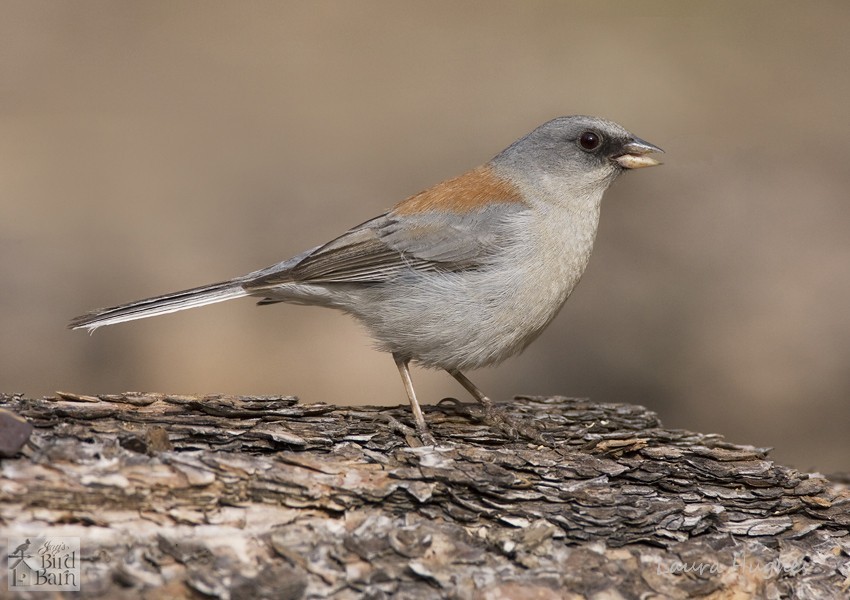 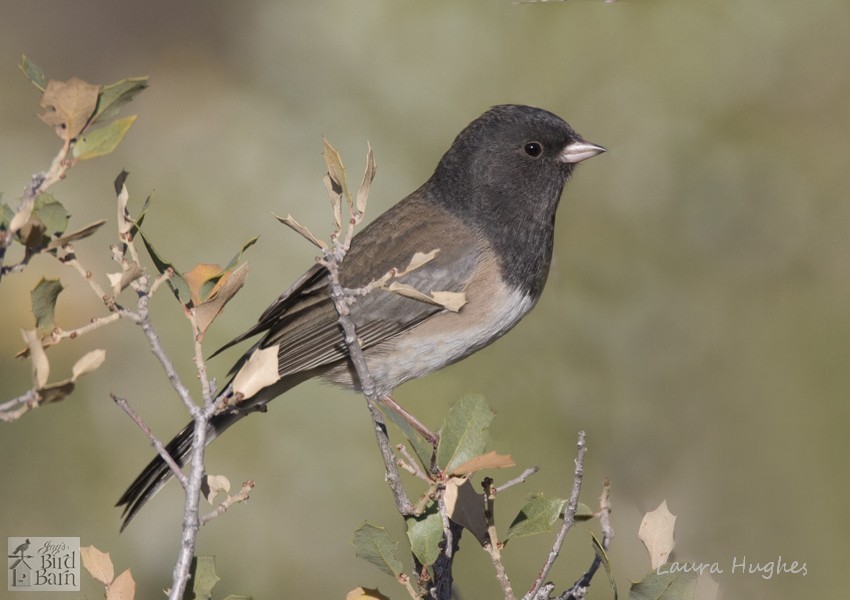 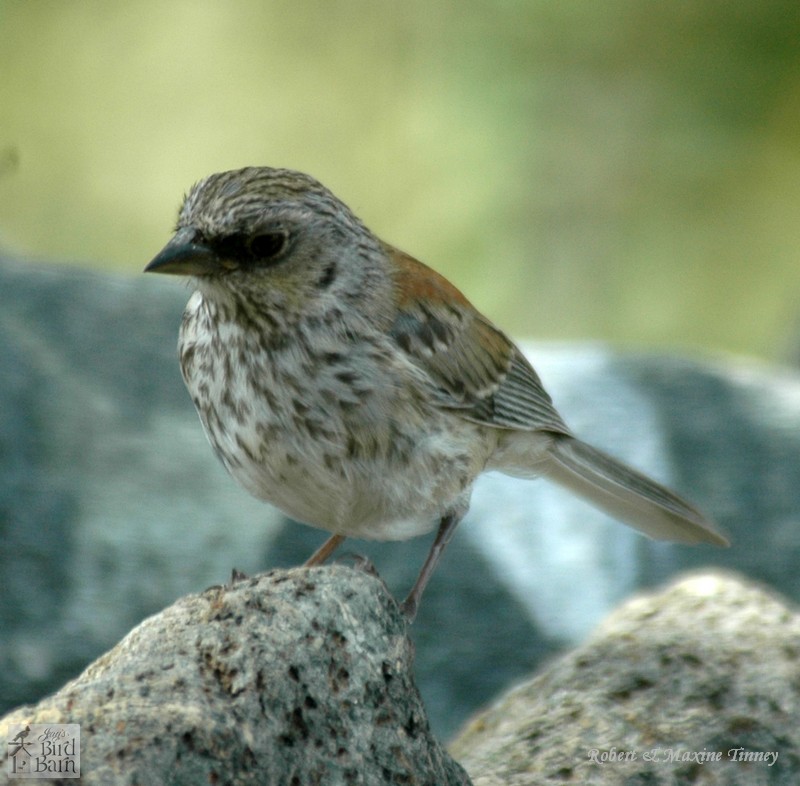 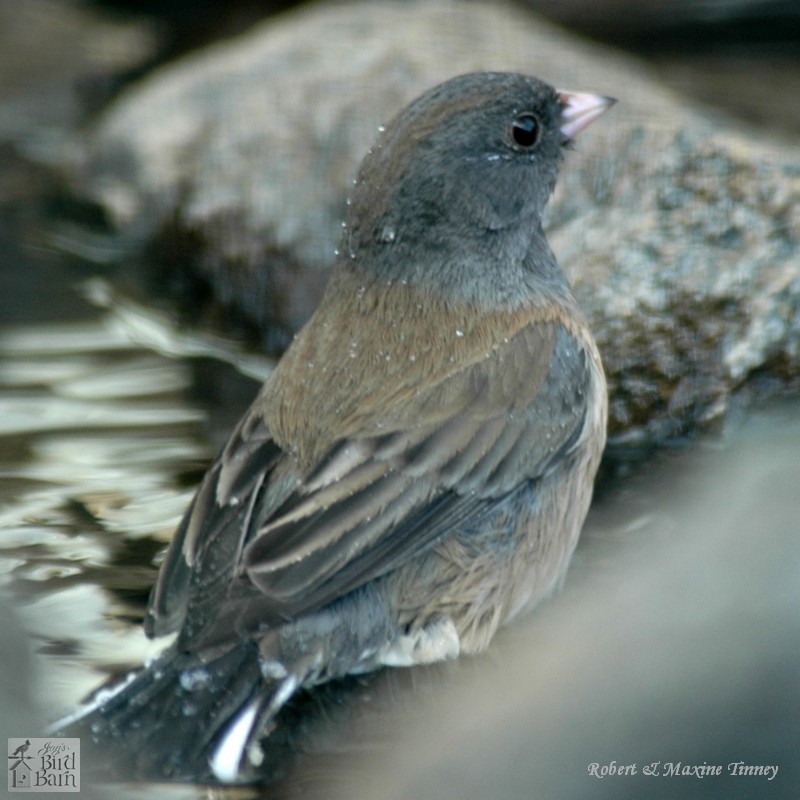 Plumage/Description: Male and female plumage similar. The current designation of ‘Dark-eyed Junco’ is a result of lumping together several junco ‘races’. In winter the most common variety of Dark-eyed Junco at the lower elevations is the ‘Oregon’ form.  All races of Dark-eyed Juncos (with the exception of the ‘Gray-headed’ form of the Dark-eyed Junco) are characterized by having a dark head with a ‘hooded’ appearance, a white belly, and frequently rust-colored flanks. All races of the Dark-eyed Junco species have two diagnostic features—white outer tail feathers which are readily  visible when juncos are in flight, and a pink, flesh-colored beak. The ‘Red-backed’ form of the ‘Gray-headed’ race of the Dark-Eyed Junco has a rich Rufous colored back which is
diagnostic and black plumage around the base of the bill.

Time of year:  The ‘Oregon’ race of the Dark-eyed Junco is abundant in fall and winter. The ‘Gray-headed’ form is a year-round resident at the higher elevations.

Behavior:  In winter this is a flocking species, and frequently occurs in mixed flocks with other seed-eating, ground-feeding
species such as White-crowned Sparrows, Chipping Sparrows, Spotted Towhees, etc. Dark-eyed Juncos are one of the most abundant backyard birds in winter, frequenting seed feeders where its preferred diet is white-proso millet. The ‘Red-backed’ form of the ‘Gray-headed’ race is a year round resident at the higher elevations and breeds in a Ponderosa Pine habitat.

Best Sites: In winter check out Acker Park, Pioneer Park, and Watson Woods. In summer anywhere up in the Bradshaw Mountains in a Ponderosa Pine habitat.