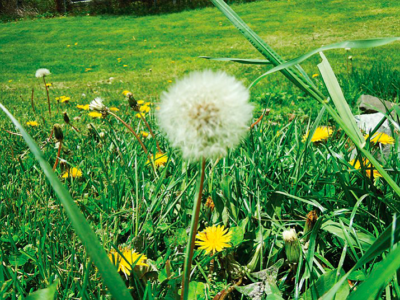 At Jay’s Bird Barn, we get feedback every day from customers on the bird activity they are seeing in their yards. Often their comments are comparative in nature, with remarks such as, “I don’t have as many hummingbirds this year as last year,” or “I have a lot more goldfinches this year than last year.”

Another example of comparative remarks we hear is related to the number of quail families with babies, and how many babies are in each family. Some years individuals will have four or five different quail families coming to feed in their yard, with 10 or more babies in each family. Other years there are few families — or none. For example, I have not seen a single quail family in my yard this year.

Comparative remarks intrigue me, because it appears as if individuals think the number of birds they see in their yard should be fairly constant from one year to the next without a lot of variation.

The idea of bird populations being static rather than dynamic is inaccurate. A truer understanding of bird numbers includes the expectation that bird numbers can be highly variable from year to year, season to season, within different species.

I try to encourage individuals to expect variation in bird populations, and in the variety of birds they see in their yard. It is not realistic to have the same number of hummingbirds or goldfinches in your yard year after year. In fact, it is nearly impossible to predict from one year to the next how many birds will show up.

The best you can do is to be consistent in your bird-attracting efforts. Providing sources of food and water, creating and maintaining an inviting habitat, and trying to reduce the likelihood of predators (such as free-roaming cats) will increase the chances of a healthy bird population year after year.

I have another critical piece of advice on what individuals and societies can do to help bird populations be more stable. The suggestion is to avoid the temptation of an easy solution to weeds in the yard due to our recent heavy monsoon rains. Weeds are both native and natural, and produce an abundant source of food for birds, both now and into the winter months ahead.

Over the last few weeks, I have witnessed countless homeowners, weed-control companies, and governmental agencies using herbicides to kill weeds. It doesn’t take a lot of reflection to come to the conclusion that spraying weed killers on plants does a lot more than kill weeds.

I was recently driving down the road here in Prescott and passed a local business that was advertising a sale on a product called “Killzall” on its electronic sign. Is that really what you want to apply to the plants in your yard?

When chemicals are sprayed on plants, they also get on flowers that insects, bees and hummingbirds feed from. The chemicals get on leaves and seeds that birds are consuming. Insects feeding on these plants ingest the chemicals, and then birds eat the insects.

Spraying herbicides and pesticides affects our watershed as well. These harmful chemicals get into our creeks and ultimately into our lakes. My personal recommendation is for you to do some homework — Google “natural weed killers” and come up with healthy ways to eliminate the weeds in your yard. I personally get rid of undesirable weeds the old-fashioned way — I hand pick them one at a time.