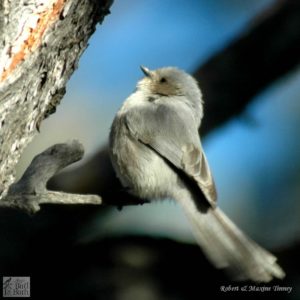 As breeding season gets under way, you will begin to notice some changes in bird behavior. During winter months, it is not uncommon for many species to join together in flocks while visiting your feeders. Shorter, colder days create a situation in which wild birds are not willing to expend a lot of energy trying to defend a territory.

As birds begin to pair up in spring, however, they begin to establish breeding territories – areas that they share with other bird species, but generally not with their own species. Each mated pair will need an area of sufficient size where they can gather enough food each day to feed themselves and their growing family. The larger the species, the larger the territory.

As warmer weather returns (we can only hope!), the profusion of flowers and insects creates a new food source for wild birds, and decreases their dependence on seeds. Many species that we would normally consider “seed-eaters” switch their diet from seeds to insects during breeding season.
Small insect-eating species such as Bewick’s wrens and bushtits will have relatively small territories. Their food source is constantly being replenished naturally throughout the summer months as insects reproduce and multiply. Their territory will be overlapped with other species exploiting food sources that they themselves will not be using.

Larger birds, such as birds of prey, need a much larger territory to scour each day as they search for food to feed their babies. There will not be much overlap in their territories except in those situations where their foraging takes place at opposite times of the day. For example, the territories for red-tailed hawks and great-horned owls can overlap since hawks hunt during the day and owls hunt at night. However, there will probably be occasional squabbles between them.

In winter it is not uncommon to see large coveys of quail coming into the yard at the same time to feed together. But this time of year, they will typically come into the yard as pairs, and they will take turns being careful to not overlap when a rival pair is there feeding. When two competing pairs show up at the same time, you can expect a lot posturing, vocalizing and even chasing as the males run after each other trying to be the dominant male in that situation.

Speaking of quail, last week I received two reports from homeowners in Chino Valley that they saw their first batch of baby quail. One family had about 18 babies and the other had about 11 babies. Be on the lookout. Breeding season is certainly underway.

Over the last few weeks we have been receiving a lot of lazuli bunting sightings from our customers. The month of May is a time of great transition as migration is in full swing. Be prepared for new, unexpected arrivals throughout the month.
Are you interesting in learning how to attract wild birds to your yard? I invite you to attend the Prescott Audubon Society’s next monthly meeting 7 p.m. Thursday, May 26, at Trinity Presbyterian Church located at 630 Park Ave. A couple who lives in The Ranch subdivision who has experienced amazing success in attracting an incredible variety of birds to their yard over the years will be the presenters. They will be showing wonderful pictures of the birds they have seen in their yard, and will share tips on what you can do to attract birds.