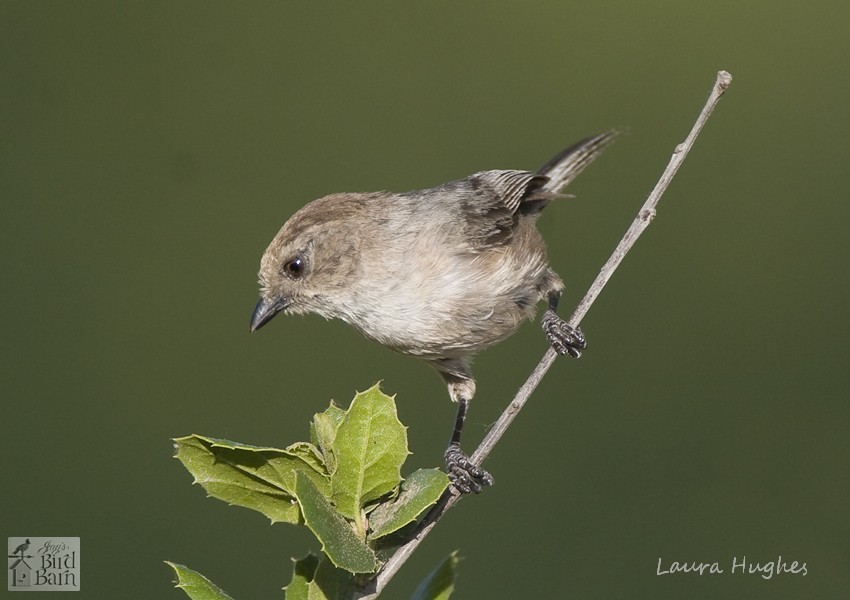 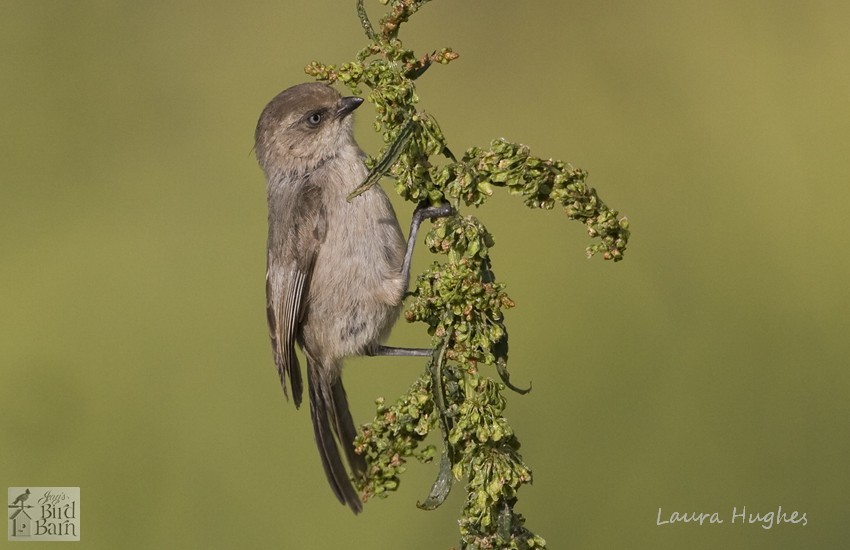 Plumage/Description:  Males and females have similar plumage but can be distinguished by the color of their iris—males is dark, females’ is light colored.  Overall plumage color is a darker gray on top, and a paler gray (almost ash-colored) on the underside.  A very non-descript bird plumage-wise, but size and flocking behavior are diagnostic

Habitat:  Most abundant in both Oak/Chaparral and Pinyon/Juniper Habitat, but are also common in both riparian areas as well as Ponderosa Pine forests where they overlap with oaks.

Behavior:  A tiny restless bird that rarely sits still.  A very busy foliage gleaner.  Form large flocks in winter, and will join in with mixed species flocks as well.  During breeding season they pair up.