Bring a scope for optimal bird-watching at Willow Lake 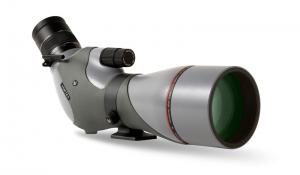 Over the past two weeks, I have been able to do some bird-watching around Willow Lake. I highly recommend spending some time there. The number of waterfowl at the lake has increased dramatically over the last two months.

One suggestion when birding at the lake – if you have a scope, take it with you. One advantage of terrestrial birding is the ability to walk closer to what you are looking at. With water birds, you can only get as close as the shoreline. The advantage of using a scope is that you can bring the birds to you instead of you going to the birds (no pun intended.)

I was using a Vortex HD Razor 20-60×85 Spotting Scope, which I took from the store to do some “field testing.” This is one of the perks of owning a backyard wild bird store that sells optics! The image quality was truly amazing. I typically do not bird with a scope, but there are some circumstances where a scope is superior to a pair of binoculars. This was one of those times.

And that is not all. There were also grebes, gulls and shorebirds – I saw more than 30 long-billed dowitchers. Over the last two weeks there has also been a tundra swan, a greater white-fronted goose, a snow goose, and Canada geese at the lake.

There are basically two different foraging techniques employed by ducks – dabbling and diving. Duck species that dabble prefer shallow water and feed on aquatic plants growing on the bottom of the lake. With their head down in the water, their bottom is pointed straight up into the air as they feed. Examples of dabblers include mallards, shovelers and teal.

Then there are diving ducks. Diving ducks primarily eat live food sources, such as fish, and catch their food as they swim under water in pursuit of prey. Examples of divers include grebes, mergansers, cormorants and loons. The shallow margins of the lake are frequented by dabbling ducks, and the deeper portions of the lake host diving ducks.

The area surrounding the lake is a great place to observe birds of prey. Tall telephone poles line the length of Willow Lake Road providing the perfect perch for birds of prey. Some of the raptors I saw include bald eagle, merlin, American kestrel, red-tailed hawk and Cooper’s hawk.

The grassy/weedy areas surrounding the lake are great places to see terrestrial birds such as meadowlarks, sparrows, phoebes, finches, kinglets and yellow-rumped warblers.

My rarest bird sighting of the day, believe it or not, was a turkey vulture. Turkey vultures are abundant in the Prescott area from late April until late September, but by this time of year they have usually migrated. A check of Dr. Carl Tomoff’s “Birds of Prescott, Arizona” checklist reveals that turkey vultures are listed as an “accidental” species during this season. The accidental classification means that this particular species has been seen five or fewer times over the last 30-plus years. I thought it was kind of funny that our best find of the day was such a common bird – it is just uncommon during this time of year. In fact, it is so rare that I called in and reported this sighting.