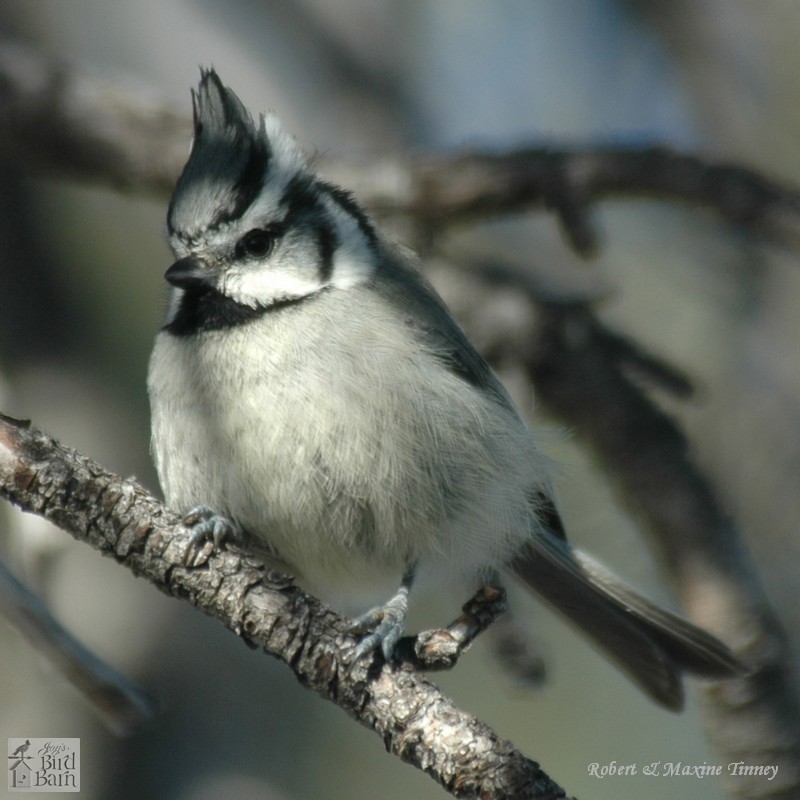 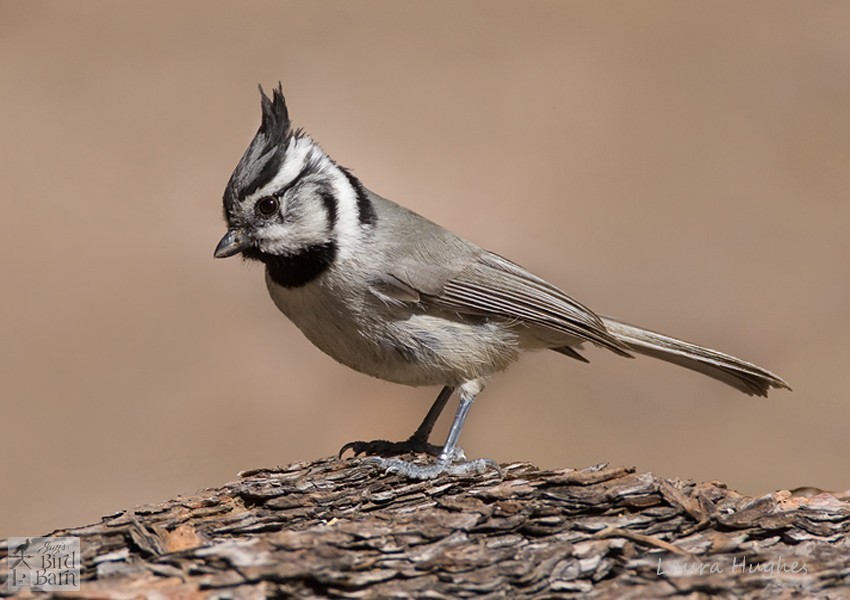 Plumage/Description:  Male and female plumage similar.  They have a striking black and white facial pattern, with a small black bib, and a pronounced crest, separating it from chickadees which lack a crest.

Habitat:  Can be found in a variety of different habitats including residential areas, pinyon/juniper and ponderosa/coniferous forests. The one common denominator is the presence of oaks.

Behavior:  An active foliage gleaner, moving from tree to tree usually as a pair, rarely will you see just one Bridled Titmouse, you will usually always see at least two.  In winter will join up with mixed flocks of other foliage gleaning species.  Acts chickadee like, frequently clinging to branches and feeding upside down.

Similar species:  Most likely to be confused with Mountain Chickadee when the feathers on its crest are not raised.