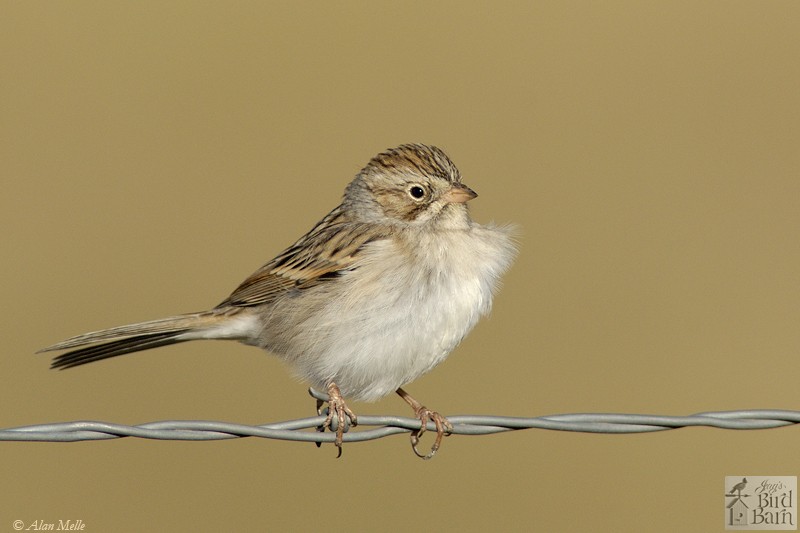 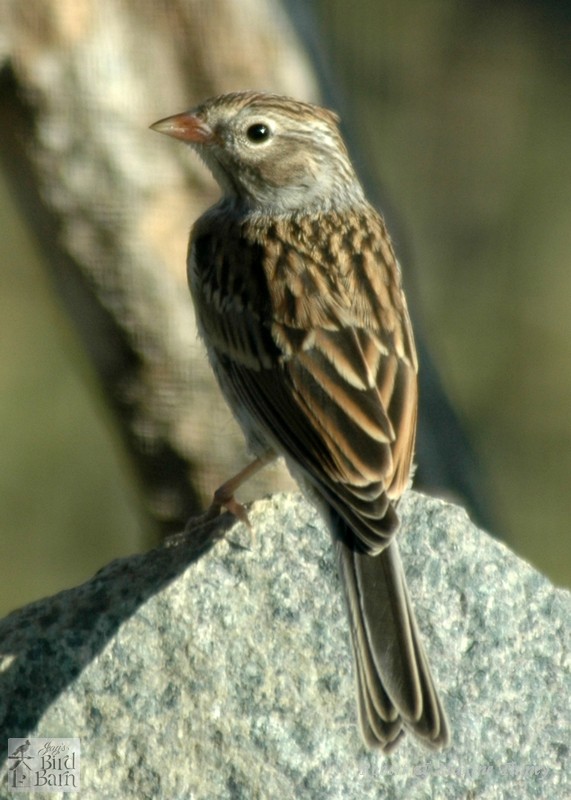 Plumage/Description:  Male and female plumage similar.  Breeding plumage is more crisp and defined, non-breeding plumage is paler and muted. Throat, breast, belly an ash-colored gray, back more brown than gray.  Fine streaking on the crown of the head, with a black stripe through the eye and a noticeable malar stripe.  A faint, incomplete eye-ring visible with binoculars.  Tail feathers slightly forked.

Habitat:  Areas with an abundance of native plants, primarily in an oak/chaparral and pinyon/juniper habitat.

Time of year:  Occasionally in winter, more common in both spring and fall as they pass through this area during migration.

Relative Abundance:  Uncommon in winter, fairly common in spring and fall during migration.

Behavior:  A ground feeding species that frequently occurs in mixed flocks with other ground-feeding seed-eaters such as Dark-eyed Juncos, Chipping Sparrows and White-crowned Sparrows.

Similar species:  Most likely to be confused with Chipping Sparrows in non-breeding plumage.