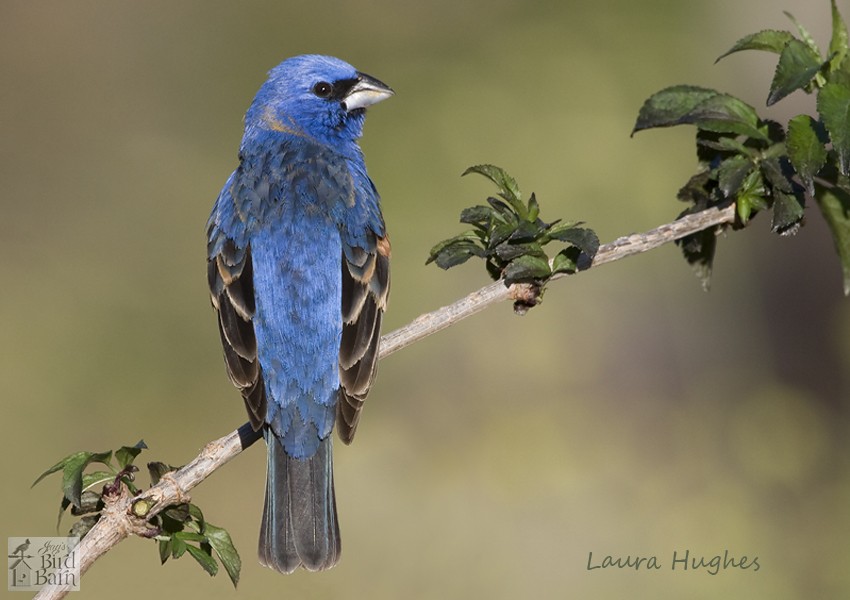 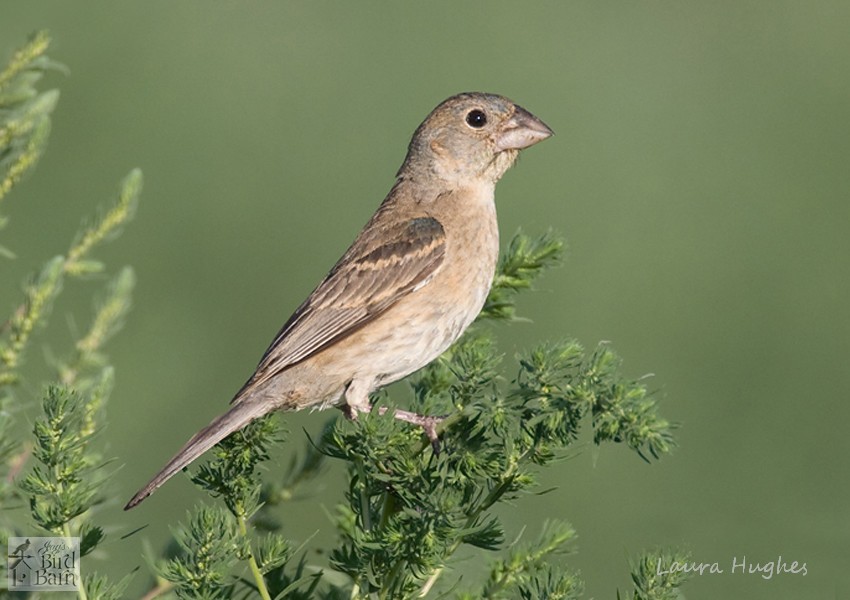 Plumage/Description:  Adult males are a stunning deep blue color, in poor lighting they almost appear black.  In the sunlight the blue plumage is striking.  Males have a small amount of black around the base of the bill, and they have large chestnut colored wing bars. Females and juveniles are a pale buffy brown color with a slight tinge of blue in the wings and tail, which is not noticeable without the aid of binoculars.  Like other grosbeak species they have a very large conical shaped beak for seed cracking.

Behavior:  Males have a habit of being fairly vocal, and frequently sing from a high, exposed perch.  Infrequent visitor to seed feeders, but after they have finished rearing their young they disperse and show up in residential settings.

Similar species:  Male plumage is unmistakable and would be difficult to confuse with any other species found in this area except for Indigo Bunting which is an uncommon visitor in this area.  Female Blue Grosbeaks could be confused with female Lazuli Bunting.  The enormous beak is an important feature when identifying.