Birds flock to feeders after snowstorm 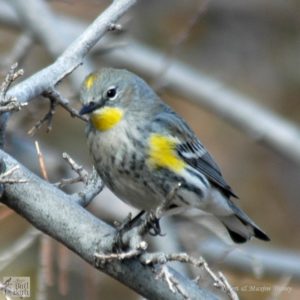 Our recent spate of winter weather had a big impact on wild bird behavior. Mild winter weather allows birds to forage for food in natural settings. The abundance of summer seeds is accessible and readily available to them.

However, when we experience several consecutive days of snow that accumulates and blankets the area, combined with extremely cold temperatures, birds find themselves stressed and in need of readily available food sources.

The weather this past weekend resulted in increased bird activity at backyard bird feeders, both in terms of the number of birds as well as the number of species of birds showing up.

On Monday morning, I received several phone calls and emails from individuals who were seeing “new” birds in their yard with which they were unfamiliar, and they wanted assistance identifying their new visitors.

One individual, who lives in the Haisley/Hidden Valley area, called and sent me digital pictures of a mystery bird. It turns out that he had a Townsend’s solitaire in his yard, which is a rather uncommon yard bird and a good find!

Another customer, who lives out Williamson Valley, sent me an email with pictures of two birds for which she wanted identification assistance. One species turned out to be a yellow-rumped warbler, and the other was an American goldfinch. Both species were in winter plumage, which makes identification more challenging.

Then there was a gentleman who lives in StoneRidge who was stumped by a bird that was black on top, with white streaking, a white belly and was robin-colored on the sides. It turns out that a spotted towhee came into his feeding area and was enjoying the food he was putting out for the quail. He had never seen this species in his yard before.

During the storm, I saw mountain chickadees and bridled titmice in our bird feeding area. While both species are fairly common in many parts of Prescott, they are an irregular visitor in my neighborhood. The food of choice for the chickadees was the Mr. Bird Wild Bird Feast seed cylinder. The first ingredient in this product is pecan pieces, followed by black-oil sunflower seeds. These ingredients are meaty and provide fat and protein for birds in winter when they are stressed.

I used a snow shovel to clear an area down to the surface of the soil where I broadcast seed directly on the ground. Some of the ground-feeding birds that I see in my yard include spotted towhee, dark-eyed juncos, white-crowned sparrows and mourning doves.

Now that the higher elevations have received a significant amount of snowfall, I encourage you to be on the lookout for less common species that engage in the “elevational migration” behavior that I wrote about a few weeks ago. This is the time of year when high elevation species move down in elevation to find food sources that are not buried under snow.

Winter is an exciting time to watch your feeders, as you never know what just might show up in your yard.