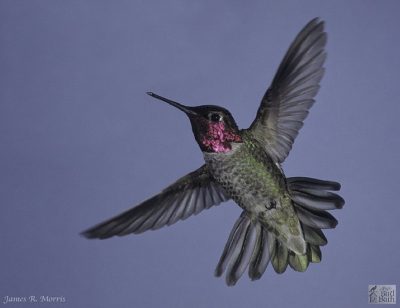 The month of August is peak hummingbird season in the Arizona Central Highlands. Each day at the Bird Barn, we hear from customer after customer about the large number of hummers being seen at their feeders. One customer told me he went through 44 pounds of sugar last week!

I frequently comment that hummingbirds are one of three species that keeps Jay’s Bird Barn in business. These flying jewels really capture people’s hearts and provide hours of entertainment. They really are a wonder, when you consider some of the statistics about hummingbirds.

Another amazing ‘gee-whiz’ fact is how far hummingbirds migrate. The ruby-throated hummingbird is famous for flying nonstop across the Gulf of Mexico twice each year — when it migrates south in the fall and when it flies north in the spring.

Rufous hummingbirds, common summer visitors here in Prescott, are considered the world’s longest migrator, based on body length. If you divide the length of the bird into the distance it travels, this species sets the record. Rufous hummingbirds are found as far north as southern Alaska in summer and as far south as Central America in winter.

I marvel how hummingbirds ‘map’ feeder locations. After being gone for months, having traveled hundreds — perhaps even thousands — of miles, they have the ability to fly back to the exact spot where a hummingbird feeder was hung the previous year.

On many occasions, customers have shared with me how they will have a hummingbird show up outside their window in the spring, flying around the hook on their deck where their hummingbird feeder was hung the previous year. I’ve also heard stories how they will fly in front of windows to get the homeowners’ attention to let them know when the feeder is empty and needs to be refilled.

This year, more than most years, hummingbirds are more dependent upon human-provided food sources, as there are not a lot of natural food sources available to them due to the poor monsoon season we have had.

Eric Moore is the owner of Jay’s Bird Barn, with two locations in northern Arizona — Prescott and Flagstaff. Eric has been an avid birder for more than 50 years. If you have questions about wild birds that you would like discussed in future articles, email him at eric@jaysbirdbarn.com.