Birding: The month of May is an exceptional time to go birding 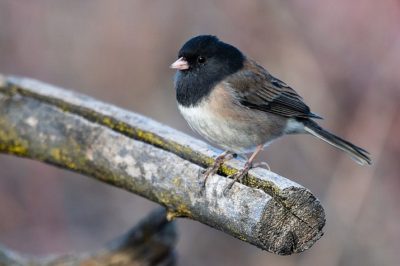 Each year I donate a ‘Bird Walk with Eric Moore’ to the Highland Center for Natural History’s ‘Wander the Wild’ fundraising event in the fall. This past Tuesday I had the opportunity to take the winners on their bird walk and it was truly an amazing day.

We started at 6:30 in the morning and our first stop was at a private residence where the home owners provide a gourmet spread for the wild birds visiting their yard. I had intended for us to spend only one hour there, but we stayed almost two because the birding activity was so good.

It was interesting, as there was a good mix of year-round birds, winter birds and migratory birds. For example, we saw a lone dark-eyed junco — they should be long gone by now. We also saw yellow-rumped warblers, pine siskins and Cassin’s finches, which should also be gone by now.

Some of the migratory birds included Bullock’s orioles, western tanagers and green-tailed towhees, which were a treat to see. My favorite bird of the morning was a male Townsend’s warbler that really put on a show for us. It was perched above a water feature only a few feet away from the window affording us amazing views. I even added a ‘new’ species to my 2021 Arizona list — band-tailed pigeon, which was exciting.

When we finally dragged ourselves away from the private residence we went to Watson Woods, followed by Watson Lake, and then made a quick stop at Willow Lake. Again, there were winter birds (such as white-crowned sparrows) and spring arrivals — such as blue grosbeaks and lazuli buntings in Watson Woods.

The month of May is really a spectacular time to bird-watch in Watson Woods. In just over an hour we racked up a list of 48 species, and it wasn’t the peak birding time of the day. Had we gone earlier in the day we probably would have seen even more!

Some of the highlights include a female Anna’s hummingbird on her nest, a great horned owl on her nest (with at least one fledgling), and watching Forester’s terns plunge-diving into the lake to catch fish with their beak. We saw several migratory birds including white-faced ibis, spotted sandpiper, and several migratory duck species that were still lingering around such as cinnamon teal and northern shoveler.

Our last stop was quick, we were running out of time even though there were more birds to be seen! We walked down to the south shore of Willow Lake to take a quick look before calling it a morning. We added several ‘new’ species to our day list including pied-billed, eared and western grebes. Returning to the store we tallied our list — we saw 68 species for the day — not too shabby.

As spring gives way to summer you might start to notice some changes in the bird feeding activity in your yard. As breeding season ramps up, many of our ‘seed’-eating varieties of birds switch their diet to insects — as this is what the adults feed their babies. If seed consumption slows down, this is normal for this time of year.

Another change you might see is millet accumulating in your feeders. In winter we have a lot of ground feeders, especially dark-eyed juncos and white-crowned sparrows. Now that they are gone, millet consumption slows down. If you find you have a lot of millet left in your feeders you might broadcast it directly down onto the ground for spotted and canyon towhees, mourning doves and Gambel’s quail, as these are all ground feeders and they love millet.

Be on the lookout for baby quail this week. Until next week, Happy Birding!